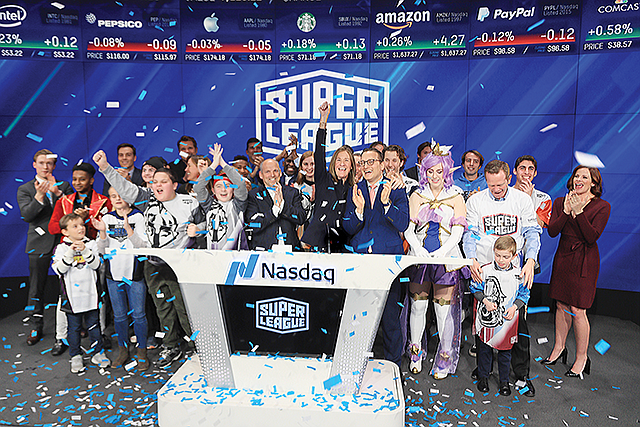 Mobcrush, which is also based in Santa Monica, operates a live streaming platform as well as tools that allow video game players to record and share highlights. The company, which launched in 2014, also owns a licensed “Minecraft” server called Mineville, which hosts more than 20 million players monthly.

Super League said the acquisition would bolster its efforts to generate content for fans of the popular video game. The deal also gives Super League access to creator tools developed by Mobcrush that allow streamers to turn highlights into sponsored content.

“With this acquisition we are building a formidable, highly scalable gaming-centric media and advertising platform that reaches one of the largest addressable audiences of gamers in the U.S.," said Super League Chief Executive Ann Hand in statement.

“The revenue opportunities available through our combined advertiser solutions, as well as growth in direct gamer and content monetization, are tremendous,” Hand added.

“Together, we offer brands and advertisers a huge opportunity to create meaningful connections with the most sought-after audience in today’s media landscape — the engaged young gamer,” said Wann in a statement.

Founded in 2014, Super League broadcasts a mix of amateur esports competitions, gaming highlights and other video game-related content. The company went public in 2019.

Super League also announced its fourth-quarter earnings March 11, revealing that it had generated $1.2 million in gross profit in 2020—more than double what the company brought in in 2019.