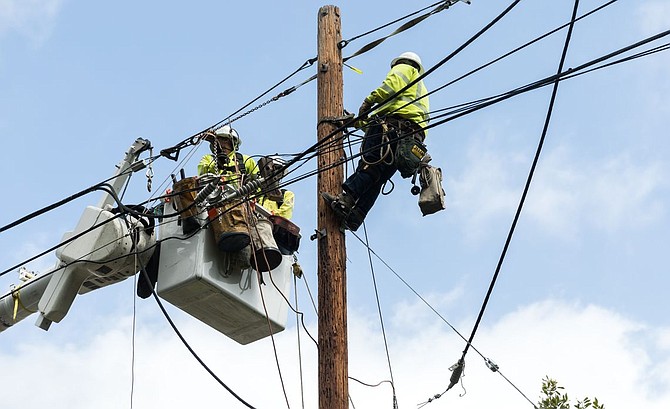 SCE is taking steps to prevent fires and outages.

Southern California Edison is facing the challenge of keeping the lights on and the air conditioners cooling for customers this summer.

For the last four summers, the utility subsidiary of Rosemead-based Edison International has had one overriding concern: reducing the risk and liability tied to wildfires.

But last August’s brief rolling blackouts were a wake-up call that the state’s power supply and grid capacity are barely enough to meet customer demand during intense and widespread summer heat waves, which are becoming more common with climate change.

While the situation has improved in a few ways this summer, it has gotten worse in several others.

The state has been able to cobble together another 4,000 megawatts of power, chiefly solar and battery storage, for the summer months, according to a report last month from the California Independent System Operator, which controls the state’s power grid. Of that total, Edison has added roughly 1,000 megawatts for this summer.

But with the reopening this month of the state’s economy as Covid-driven restrictions were lifted, CAISO expects demand to increase by up to 3,000 megawatts, particularly during intense heatwaves.

And hydro power, which in 2019 accounted for roughly one-fifth of the state’s total power supply, is expected to fall substantially due to drought conditions.

What’s more, during widespread heat waves that engulf several Western states, such as the one that occurred in August, and to a lesser extent last week, the state has little ability to import power from surrounding states.

“We have been working closely with the California Independent System Operator to make sure we can shore up resources for this summer,” said William Walsh, vice president of energy procurement and management for SCE.

Edison’s biggest move has been adding new battery storage power supplies, which involves large batteries that can store electricity generated from solar facilities during the day and then be tapped after the sun goes down to release that power onto the grid. The approach has emerged as a crucial missing ingredient as the state has shifted more of its power portfolio toward solar, wind and other intermittent renewable sources.

Before last summer’s rolling blackouts, SCE had signed a series of contracts with third-party energy providers to tap into battery storage supplies. Many of these battery storage units are located next to solar generation facilities in the Central Valley, the Inland Empire and desert areas to the east. Those contracts, which are due to come online Aug. 1, are expected to bring roughly 770 additional megawatts of electricity to the power grid.

This total of 1,020 megawatts is enough to power nearly 1 million single-family homes, according to the California Energy Comission, though Walsh said that will only increase the state’s power supply by about 2%. But because that power can be brought onto the grid in the early evening hours after solar power production is done for the day and while there’s still heavy demand, that extra 2% could spell the difference between scraping by or having to institute rolling blackouts.

The project was recently purchased by Capital Dynamics Holding, a private equity firm based in Switzerland, and Shikun & Binui, a construction and infrastructure company based in Israel.

“We’re proud to have worked with the county, our partners and Southern California Edison to add storage where the grid needs it most,” said Justin Johnson, chief executive of Arevon, an affiliate of Capital Dynamics. 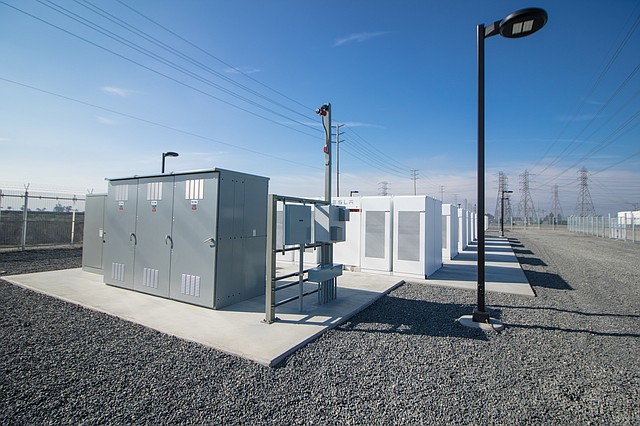 An Edison battery storage facility in Ontario formed in partnership with Tesla.

Swell Energy networks these individual batteries, essentially forming one giant battery for the service area. Those networked homes then don’t have to turn to the grid for power during peak demand times.

Southern California Edison has two programs designed to reduce power consumption by its major business customers during the most vulnerable periods. The longstanding “base interruptible program” targets large industrial users of electricity. Companies signing up for the program get lower power rates for most of the year. In return, when called upon during peak demand periods, these companies must slash their power usage by at least 15% or face steep surcharges.

Walsh said this program can save 570 megawatts of power if all participants simultaneously cut their power use. As of last year, the program had 469 participating business customers.

This program, however, has a difficult history.

During the power crisis of 2000-01, and in some subsequent years, participating companies were called upon frequently to cut their power use. Many companies dropped out, saying these interruptions were too disruptive for their manufacturing processes.

The program has since been adjusted, but it still carries that risk.

After last year’s rolling blackouts, state regulators authorized a new program for utilities’ business customers, one that’s all carrot and no stick. Under this “emergency load reduction program,” as it is called, utilities pay participating companies to cut their power use. The payment rate is 90 cents a kilowatt-hour.

It remains to be seen whether these programs will be enough to ward off rolling blackouts this summer.

Walsh said he hopes so but added that, to some extent, the situation is out of Edison’s hands.

“Edison is not an island here. It is part of the statewide grid,” he said. “All we can do is bring as many megawatts to the grid as possible and ask our customers to save as much energy as possible. But we don’t ultimately control the electrons; the independent system operator does.”

So, for example, if a power plant in Northern California goes down temporarily or if energy imports completely vanish during a heat wave, the entire grid could be in trouble — and Edison customers could experience rolling blackouts even if Edison itself is performing to expectations.

But Walsh did offer some words of reassurance.

“SCE business customers can take some comfort in that we’re better prepared this summer than last summer,” he said.