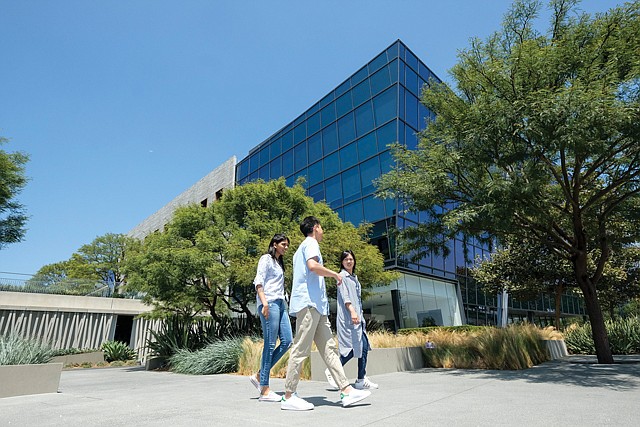 Startup Site: The Campus at Playa Vista is home to many technology companies. Photo by Ringo Chiu.

The average wage in the L.A./O.C. area for a software developer was $113,528 annually, the seventh highest rate in the country. The area produces the second highest number of tech graduates in North America.

“Without a doubt, Southern California is an increasingly popular destination for talent,” Blake Mirkin, an executive vice president at CBRE said in a statement. “The Greater L.A. and O.C. market saw a striking 31% increase in in-migration from the Bay Area in 2020 according to our latest migration report. While not all of this influx is tech-related and some of it might be temporary displacement due to the pandemic, it pretty clearly demonstrates that this region is establishing itself as (a) complementary hub to those up north.”

Experts say the media and entertainment industry in L.A. make the area a growing tech market.

“Our media and entertainment industry and the ancillary businesses – which all got another boost due to record demand for streaming content – are continuing to expand. Add to that fact that L.A. and the surrounding region are still a value alternative for workers and employers and a short flight to the Bay Area. So, for tech talent, SoCal has cemented its place on the shortlist,” Richard Ratner, a senior vice president at CBRE, said in a statement.