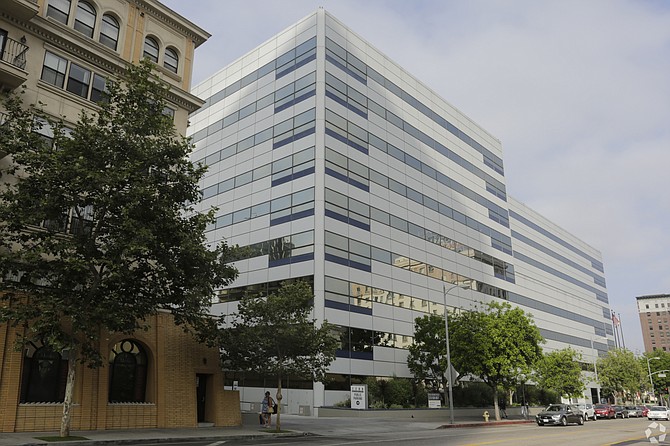 Demand for data centers is growing in Los Angeles.

The high-tech hubs, which house stacks of computers for data storage and processing, saw a 25% increase in megawatt net absorption from 2019 to 2020, according to a report from Jones Lang LaSalle Inc.

Experts said the rising need for local data centers is being driven by increased reliance on cloud services and surging demand from L.A.’s large population.

“With the pandemic, everyone was staying at home and needing more technology and needed it faster and more reliable. That’s what’s changed and shifted the demand in Los Angeles,” said Darren Eades, a managing director at JLL Alex Smith, a vice chairman at Cushman & Wakefield Inc., said demand for data centers in L.A. was increasing even before Covid.

“The demand in L.A. really started to increase (in) about 2017, and the demand has sustained itself over the last four years. Prior to that, it was in a lull,” he said.

“We are interested in the data center space because we believe digital real estate is now going to always be a part of an investor’s asset allocation in real estate,” Chris Rising, chief executive of downtown-based Rising Realty Partners, said in an email. “The cloud is powering businesses and consumer products and reliable power, and (the demand for) quality buildings to house servers is not going away.”

Despite the rapid growth, L.A. still trails other data center hotspots around the country.

“In general, tenants are choosing to migrate to more cost-effective markets and solutions for their data centers when possible,” said Kristina Metzger, a senior vice president at CBRE Group Inc. In areas like Phoenix, she explained, power is much cheaper and taxes are lower than in L.A.

Eades agreed that L.A. isn’t as large as other data center markets.

“I’ve been doing this for almost 25 years now, and the data center market in L.A. has been extremely secondary,” he said. “Most users are local, small users — health care, technology, gaming and such. The majority of data center users have gone to other markets primarily due to cost.”

“L.A. is a market where you’ve got a lot of people ... and the data center growth there is primarily driven by the ability and the need to touch eyeballs. Everyone is addicted to screens these days,” Smith said.

Data centers have a unique set of requirements, including large amounts of power, fiber, high ceilings and large holding weights.

“You need a hard facility that can withstand earthquakes. It has to be structurally advanced; you need high ceilings, strong floor loads, 250 pounds per square foot, and you need a ton of power,” Smith said. “Typically, data center operators want to build 200 to 300 watts per square foot of power in the facility.”

The space can range from 5,000 to hundreds of thousands of square feet, according to Eades.

“The key isn’t the size; it’s the amount of power,” he said. “It’s mainly power and connectivity. You need to have fiber connections, and you need to be able to get all the fiber you need.”

He added that a lot of equipment was stored in these buildings, so floor loading was necessary. The buildings also have to be earthquake safe. And because some providers stack servers, they want high ceilings.

Metzger said the specific needs are why most data centers are purpose built and not conversions.

Most data centers in L.A. are located downtown, particularly at One Wilshire, a building that has hundreds of fiber strands.

“The epicenter of data centers is One Wilshire ... The majority of fiber runs through that building and all throughout all the other data centers. Everybody wants to be connected to that,” Eades said. “It’s one of the most valuable assets out there.”

Metzger called One Wilshire “one of the most interconnected buildings in the entire country.”
The other hub of data centers in L.A. is El Segundo, which Metzger said has emerged as a cheaper alternative.

“El Segundo is a more cost-effective location than downtown L.A.,” she said. “Downtown L.A. has LADWP, and El Segundo has Southern California Edison, which is a little bit of a lower power cost.”

In 2020, there were 160,000 square feet and 9 megawatts of data center space (which has since opened) under construction in L.A. County, according to data from JLL.

But experts agree that there isn’t extensive data center construction in L.A.

“The price of construction is so expensive and the residential boom has priced data centers out because the cost of land is so expensive,” Smith said.

He added that environmental issues and permits necessary for generators also slow the building of data centers.

Metzger said the cost of land was an issue in getting more data centers built, but for those that are already here, that means more demand.

“For data centers that are existing in Southern California, there’s very tightened investor interest and demand given the criticality of the asset and (that it’s) difficult to replicate that infrastructure,” she said.

Eades added that some industrial buildings capable of holding a data center are being “gobbled up” by big companies instead of being used as data centers.

“It’s going to continue to grow,” Smith said. “We are more and more reliant on technology and infrastructure. The more cloud infrastructure that’s out there, it needs to be housed in an industrial facility that has the ability to stay online so our products won’t go down.”