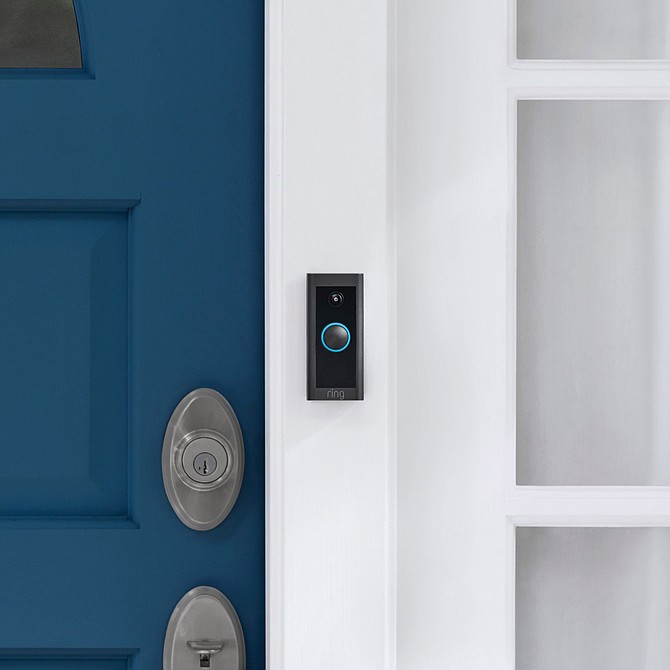 The Amazon.com Inc.-owned business unveiled a new video doorbell Jan. 27 that is smaller and less expensive than its earlier doorbells.

The new Ring Video Doorbell Wired retails for $59.99 and features security features familiar to existing Ring customers, including a two-way audio system, a motion detection sensor and a video feed that users can access at any time.

“With Ring Video Doorbell Wired, we packed the features that matter into a small, compact design, giving customers more choice when it comes to selecting the Ring Video Doorbell that best fits their needs,” said company founder Jamie Siminoff in a statement.

The device connects to existing doorbell wiring and allows users to communicate with people at their door using a mobile app.

Since launching in 2013, Ring has built up a huge customer base with its doorbell-based security systems. It has also received its share of criticism following reports of hacked security systems and the company’s willingness to share customers’ security footage with law enforcement agencies.

Last year the company announced new features to protect the privacy of users and earlier this year launched an opt-in, end-to-end encryption feature for its security cameras and doorbells.

The company’s new doorbell product is designed to be an “affordable option for those just getting started” with Ring and its services, Siminoff said.

As with other Ring devices, users can expand the tools offered through the new product by subscribing to the company’s Protect Plans. The device, which will begin shipping Feb. 24, can also be integrated with Amazon’s Alexa devices in order to make it function with voice activation.