Special-purpose acquisition companies are booming. For some CFOs, these public entities created to identify and acquire businesses offer an attractive alternative to a traditional IPO.

Investors typically evaluate businesses based on several factors, including the management team, but those who back special-purpose acquisition companies (SPACs) are betting primarily on management’s credibility, capability, and experience. That’s because SPAC IPOs approach investors before they have any commercial operations.

SPACs reverse the traditional IPO process, going public first with a well-regarded executive or team raising money whose intention is to identify and acquire a private company to fold back into its public shell, usually within two years. For private companies, this may be a faster, cheaper route to going public.

While broader investor sentiment can influence traditional IPO pricing, SPAC mergers offer more predictability because of the upfront pricing and valuation usually provided months before deal closing. This mitigation of pricing risk is part of what’s driving seasoned investors and management teams to flock to SPACs in droves. Private equity, which was holding an estimated $1.5 trillion in unspent committed capital as of August, has also contributed to the rise of SPACs. And significant funds held in trusts and the increased appetite for PIPE (private investment in public equity) transactions have also helped thrust SPACs into the capital markets mainstream.

With the increasing number of SPAC transactions, well-known investors and hedge fund managers have entered the space, and some high-profile SPAC acquisitions have lent credibility to the investment vehicle. The influx of seasoned managers with proven track records, coupled with better alignment between sponsor incentives and investor returns, has increased investor confidence in these vehicles, enabling them to raise significant capital and to target larger and more mature companies. The market has also benefited from retail investors who have looked to post-IPO SPACs to garner less-volatile returns.

Life Cycle of a SPAC

A SPAC’s life begins with the initial formation, followed by its IPO, its search for a target, a shareholder merger vote, and, finally, the close of an acquisition (or the return of the SPAC’s proceeds to investors). When a SPAC is launched, the sponsor (typically an asset manager) and its management team pay a nominal amount for an equity stake, which is often called founders’ stock or “the promote.” Representing approximately 20% of the SPAC’s stock after its IPO, founders’ stock is intended to compensate the initial investors for identifying a promising target and consummating a merger. During this stage, the sponsor typically lends the SPAC money to fund ongoing expenses. In addition, the SPAC selects legal counsel and underwriters and establishes its governing documents.

After formation, a SPAC begins the public offering process by filing an initial registration statement with the SEC and responding to SEC comments. It then raises capital by issuing units—individually consisting of a common share and a warrant—and holding the proceeds in a trust until a target is acquired. After the IPO, the units are separated into shares of common stock and tradable warrants. The warrants are designed to provide additional compensation for the initial investment and are usually exercisable shortly after a merger is consummated. The initial price per unit and the warrant pricing may vary. Deal terms are likely to evolve as large and more sophisticated players enter the market.

The search for a suitable acquisition is accelerated as compared to a typical M&A transaction, and the timeline to close it depends on multiple factors. With SPAC shareholders having the right to redeem shares, the amount of cash available to pay the shareholders of target companies and to fund post-close operations may be uncertain. Therefore, SPACs and targets often negotiate a “minimum cash” closing condition. SPAC acquisitions also often include a simultaneous PIPE investment upon closing, allowing acquisition of target companies with a value that exceeds the amount of cash the SPAC raised through its IPO.

Company bylaws and SEC proxy rules require SPAC shareholder approval before the completion of the de-SPAC process. So, entities are typically required to complete the proxy filing and review process with the SEC, inform shareholders, and hold a shareholder meeting. The sponsor and other founder shareholders typically commit at founding to vote their interest in favor of a transaction, which decreases the number of additional common shares needed to vote in favor of the merger.

The financial reporting requirements for a target in a SPAC merger are voluminous and must be completed in a compressed SPAC merger timeline leading up to the proxy statement or Form S-4 filing. Reporting requirements include preparation of:Once an affirmative proxy vote is obtained, the target acquisition can close by merging with the SPAC, making the target company a publicly traded entity. A Super 8-K must be filed within four days of closing, containing substantially the same information as a registration statement for companies undertaking a traditional IPO. Further, the sponsor’s founders’ shares and warrants are locked up for a specified period, typically one year, starting from the date of the Super 8-K filing.

On the closing date, the formerly private operating company must meet public company reporting obligations. This is where the relative speed of a SPAC transaction can potentially work against stakeholders. It is imperative to have the specialized finance and accounting resources—either in house or externally—supported by capable processes and technology to meet the demanding reporting schedule.

An assessment of capabilities should include, at a minimum:Clearly, SPAC transactions come with a unique set of challenges that demand specialized knowledge and experience. But as the deals receive increased attention, more private-company CFOs may start appreciating their efficiency. 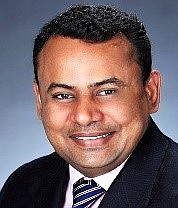