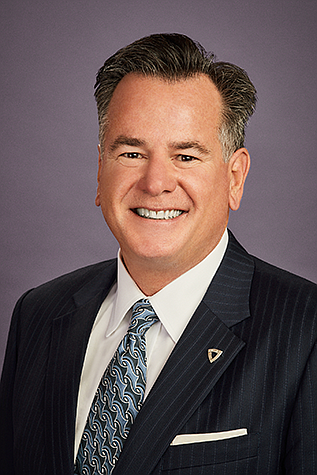 John DeGrinis, SIOR, serves as an executive managing director in Newmark’s office in Woodland Hills. Mr. DeGrinis is a senior member of the top performing industrial team in North Los Angeles. The team joined Newmark in 2019 as part of the firm’s expansion into this market, which consists of the San Fernando Valley, Ventura County, the Santa Clarita Valley and the Tejon Ranch Commerce Center. Mr. DeGrinis and his fellow team members, Patrick DuRoss, SIOR, Jeff Abraham, SIOR, and Kate Borden, have a collective track record of 75 years in the commercial real estate industry.

Mr. DeGrinis, specializes in industrial leasing, sales, land development and tenant representation in North Los Angeles. Over the past 10 years, the DeGrinis team has completed transactions totaling more than 25 million square feet and $1.4 billion in consideration.

The team came to Newmark from Colliers International, where Mr. DeGrinis most recently served as a senior executive vice president. He began his real estate career at Colliers in 1986. Since then, he has consistently been among the top producers in North Los Angeles and has earned a reputation for honesty, integrity and performance for his diverse clientele.

Return to RE Strategies event page