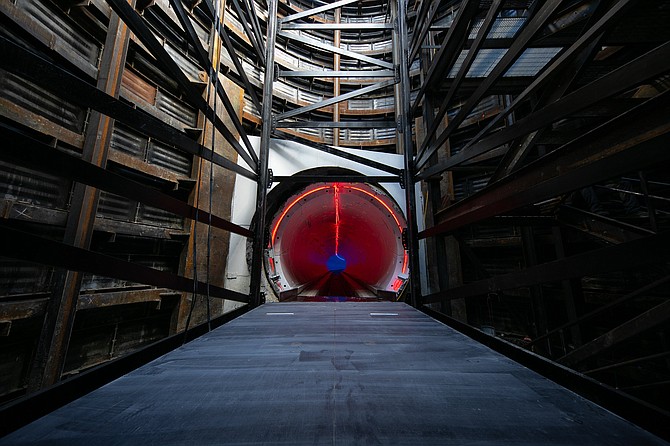 Elon Musk’s upstart tunnel-building business Boring Co. is poised to expand into Austin, Texas, with the company listing for at least eight new positions in the city.

The jobs were announced in a cryptic tweet from the company suggesting that “Austin Chalk” is “geologically one of best soils for tunneling.”

The new roles include a business development lead, a technical recruiter and multiple electric and mechanical engineers.

Boring Co., which is based alongside SpaceX in Hawthorne, was launched in 2016 by Musk as a solution to L.A.’s notorious traffic congestion.

An ambitious proposal to build a new underground transportation network beneath the city hit legal and logistical snags, however. More recent projects have included a nearly completed people mover system at the Las Vegas Convention Center and a planned transit tunnel at the Ontario Airport in San Bernardino County.

It’s not clear yet whether the jobs listed in Austin are related to a specific project.

City voters recently approved funding for an ambitious $7.1 billion transit overhaul that includes a light rail tunnel servicing the downtown area. However, the project is still in the early planning stages and Boring Co. has made no indication that it plans to submit a bid for the tunnel work.

Another Musk-led company, Tesla, plans to open a new factory in Austin by next year.

The automaker has been a crucial part of Boring Co. projects so far. The people mover built by Boring in Las Vegas will transport riders in vehicles manufactured by Tesla, and the planned transit system at Ontario Airport would also rely on Tesla-made passenger shuttles.