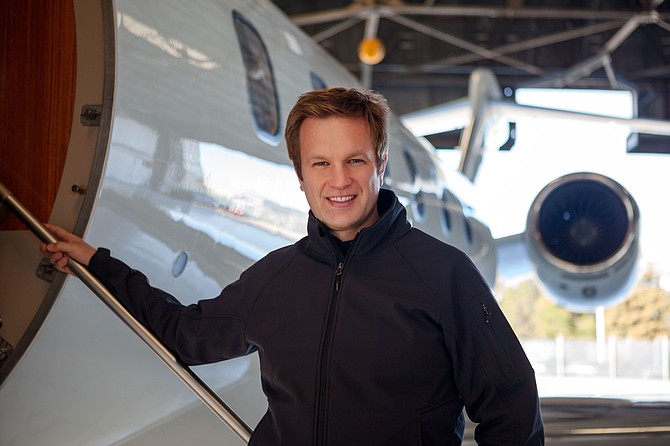 Bradley Stewart will take the controls at Fair.

Hieber will remain on Fair’s board and will resume his role at SoftBank, according to Fair, which announced the management changes on May 11.

“It is clear to me that Fair is meaningfully improving both vehicle access and the driving experience while offering real value for consumers,” Stewart said in a statement. “Fair and its products are perfectly positioned to capture several powerful trends in mobility, and I am proud to join this dynamic company at such an exciting moment.”

Fair offers car leases with flexible terms for users, who can select a car and set up payments through a mobile app. The company touts its “commitment-free” model, which it said saves users from the complexities of traditional leases.

Users pay a monthly fee for a Fair car, which comes with roadside assistance and a limited warranty. They can return their car any time. The company also provides financing options for the lease.

Fair is backed by $500 million in equity investments from SoftBank. In addition, it has raised more than $1 billion in debt, according to a report in the Los Angeles Times. Investors have included Santa Monica-based Upfront Ventures and Marina del Rey-based Moonshots Capital.

Fair was founded in 2016 by Scott Painter, who stepped down as chief executive in October following layoffs at the company. Painter remains with Fair as chairman.

Departing CEO Hieber said in a statement that Fair was poised for new gains with Stewart’s arrival.

“More than ever, people are looking for ways to access mobility in a digital, contactless and financially flexible way,” Hieber said. “Fair delivers on this by leveraging an unparalleled level of data and operational discipline, leaving Brad and the team well-positioned to seize the gigantic opportunity in front of them.”

Before joining Fair, Stewart spent nine years with aviation startup XOJet. He was named the company’s president in 2010 and served as CEO from 2013 to 2018. Originally headquartered in California, XOJet was acquired by Dubai-based Vista Global Holding Ltd. in December 2018.

Prior to XOJet, Stewart worked at Parthenon Capital Partners and McKinsey & Co. He graduated from the Carlson School of Management at the University of Minnesota and earned an MBA from Columbia University.

“Fair is transforming the car from an owned asset that loses much of its value over time into a service that can be turned on or off like the countless other subscriptions people access on their phones,” Painter said in a statement. “Brad’s passion for Fair’s unique offering is evident and exciting, and his experience innovating a mobility model that eliminates unwanted elements of ownership makes him the perfect choice to lead Fair into the future.”