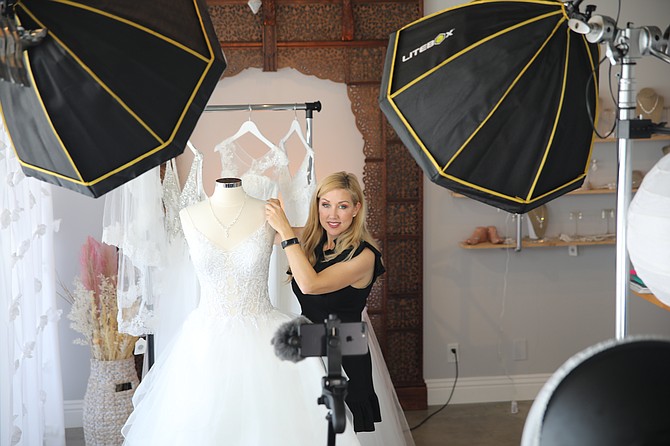 With all the third-party dance classes that used to take place in the 8,000-square-foot studio either migrating online or canceled, and dance rehearsals axed completely, Valentino’s Downtown Dance & Movement studio had no money coming in during most of March and all of April. 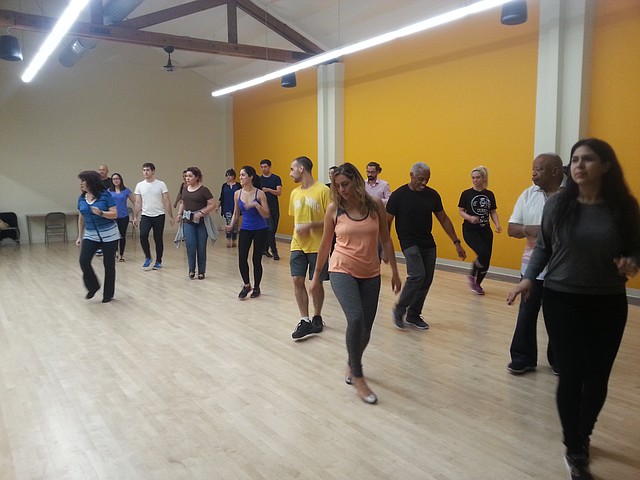 Laura Canellias leads a salsa class prior to the shutdown.

And she hasn’t yet seen a penny of the hundreds of billions of dollars allocated by the federal government for small businesses slammed by the pandemic.

“I haven’t been able to pay my April rent on the studio space and won’t be able to pay my May rent,” Valentino said. “I don’t know how much longer I can hold on.”

Valentino is among the tens of thousands of business owners in Los Angeles County who have been hit hard by the Covid-19 pandemic and business shutdown orders. While not all businesses face such an existential threat to their survival, companies everywhere have been tightening their belts, with many laying off or furloughing workers over the past seven weeks.

But for Valentino and the hundreds of thousands of other business owners in the county, the key questions now are how bad will it get and how long will it last? Local economists, who have been constantly revising their forecasts, offer widely varying takes, a sign of the uncertainty gripping the region and the nation.

The one certainty is that the economic downturn that has already occurred in the county is unprecedented in speed and scope.

Statewide, more than 3.6 million unemployment insurance claims were processed during March and April, according to the state Employment Development Department. That’s roughly 43 times the 84,000 total claims filed in March and April of last year.

The EDD has not yet broken out March and April claims for L.A. County, which typically accounts for about 20% of the statewide total.

Looking ahead at when the economic recovery could begin, Gov. Gavin Newsom offered a peek at his daily news conference on April 28, sketching out a timetable for when business shutdown orders would be eased.

Low-risk businesses such as clothing stores and restaurants could reopen, he said, “in a matter of weeks, not months,” though with physical distancing rules still in place.

But for higher-risk businesses that involve close human contact, such as barber shops and nail salons, the timetable is likely to be “months out, not weeks.”

All this paints an uncertain picture for local economists. Their forecasts and projections range from dire to a sharp but short downturn followed by a quick recovery.

On the grim side is the Los Angeles County Economic Development Corp., which on April 21 issued projections that said the county’s unemployment rate for May could reach a staggering 32%, considerably higher than the Great Depression’s peak national rate of 24.9% in 1933. The LAEDC projections did not extend beyond May.

Projected job losses in L.A. County by industry for May 2020.

During an April 27 webinar, Shannon Sedgwick, director of the LAEDC’s Institute for Applied Economics, qualified that projection a bit, saying it didn’t take into account the hundreds of billions of dollars in federal assistance targeted for businesses across the nation.

Factoring in those dollars could keep the unemployment rate in the “mid to high 20s” in percentage terms, Sedgwick said. That would still be double the most recent peak unemployment rate for L.A. County, which reached 13.4% in 2010, following the Great Recession.

Sedgwick said in an email that the county has large numbers of workers employed in industries hit hardest by the shutdown orders, including the entertainment sector, food services and tourism. And the county has a “rising number of small and micro businesses that are closed or are facing liquidity issues and risk going out of business.”

At the UCLA Anderson Forecast, economist William Yu said he expects a fairly rapid recovery in terms of economic output, but employment recovery would lag by a couple quarters.

“The downturn is 95% the result of a public health crisis, so when that crisis is over, 95% of the county’s gross domestic product should come back quickly,” he said.

The billions of dollars in federal recovery money that are beginning to funnel into the region “should stop the worst bleeding right away,” he said.

But Yu said there will likely be longer-term disruptions in the travel/tourism, retail and energy sectors. He said some retail stores could close permanently as ecommerce accelerates.

Yu is forecasting L.A. County’s unemployment rate will rise to nearly 17% in the second quarter and remain near that level for the rest of the year before beginning to edge back down.

The most positive outlook for the county’s economy comes from Christopher Thornberg, founding partner of Beacon Economics, which is based near Los Angeles International Airport. Thornberg expects a “slightly more pronounced” job loss and unemployment rate, though he didn’t give specific numbers for L.A. County.

In mid-April, Beacon forecast a sharp drop of 30% to 40% in the nation’s second-quarter gross domestic product, followed by a rebound of 25% GDP growth in the third quarter and an additional 5% GDP growth in the fourth quarter for a cumulative jump of 30% in the second half of 2020.

“All this talk that this will be worse than the Great Recession or even as bad as the Great Depression is, to me, overblown,” Thornberg said. “The economy is structurally sound, unlike the situation leading up to the Great Recession where we had a huge bubble in the real estate and finance sectors. What’s more, the vast majority of the unemployment claims we’re seeing now are the result of furloughs, not permanent job cuts.”

Thornberg said he expects a strong and rapid recovery once stay-at-home orders are lifted.

He added that the federal aid dollars now coming into the economy “will help companies navigate from here to there, blunting the negative impact.”

He did concede that some companies with low profit margins in sectors struggling before the recession, especially retail, could be forced out of business by the pandemic.

Companies scramble to adapt and survive

It’s difficult to know whether the more dire or more benign version of the economic projections will come to pass for Los Angeles’ economy.

That’s because the path forward, in large part, will depend on how local companies are able to adapt to the crisis — whether that means shifting their businesses online, finding ways to serve the at-home market, or just tightening their belts and doing their best to secure their share of federal aid dollars now flowing. Torrance-based bridal gown shop Sofia Bella Bridal has taken its business online. “In early March, our sales plunged to zero because no one wanted to come into the store for fear of Covid-19 and then because of the business shutdown order,” said Cindy Carvel, who co-owns the boutique with Glen Golightly. 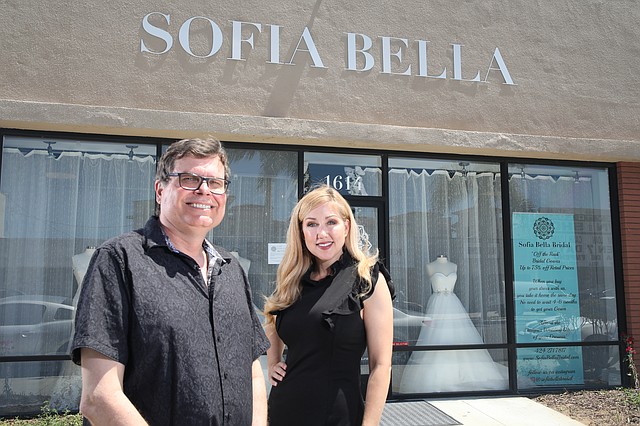 But Carvel said that within three weeks, she started booking virtual sessions online in which brides-to-be could look through her inventory of gowns, have their favorite two or three shipped to them, followed by another online fitting session.

After a somewhat slow start, the system is working well, Carvel said. While revenue has not come back completely, it’s growing again.

Her biggest concern going forward: If bans on public gatherings persist, engaged couples might indefinitely postpone their wedding plans, which could send gown sales back on a downward track. Meanwhile, at Paramount-based CFR Rinkens, which specializes in arranging shipments of classic and customized international cars into the United States, federal Paycheck Protection Program dollars have proven crucial.

Joseph Giranda, director of commercial relations for CFR Rinkens, said in an email that revenue has dropped roughly 40% since the Covid-19 crisis hit. He also said that the company sent roughly 20 of its 114 employees home but has used federal PPP funds to keep those employees on payroll.

“We hope to be back to 100% of our previous revenue within about six weeks,” Giranda said.

Other companies have laid off employees permanently to cope with the Covid-19 crisis.

City of Industry-based Utility Trailer Manufacturing Co. said in an April 10 filing with the state EDD that it plans to lay off 101 employees at its Industry office. The company was founded in 1914 in Arizona and moved to Los Angeles in 1922.

“The company has had to make a number of difficult decisions over the last few weeks based on the unforeseen circumstances caused by the Covid-19 pandemic,”

Hynes did not respond to a request for additional comment.