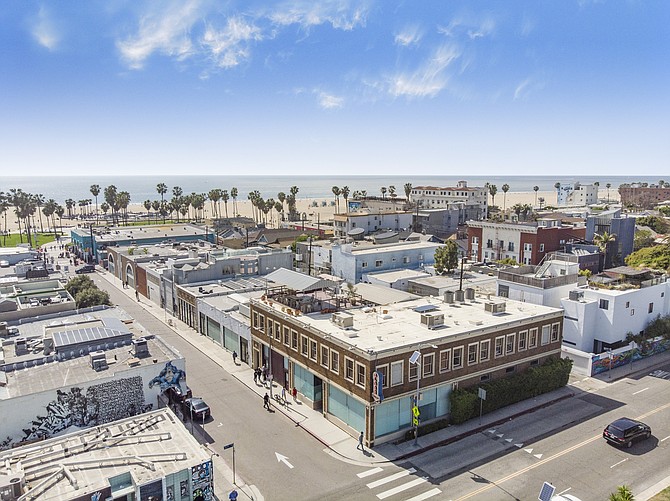 NeueHouse plans to open a new location in Venice Beach.

The company has announced plans to open in Venice Beach in a building owned by producer Tony Bill.

NeueHouse already has a downtown outpost at the iconic Bradbury Building and in Hollywood at the original home of CBS Radio.

The company also has a location in New York and said it will soon open in Miami.

The Venice location has served as a production facility and office over the years to creators such as Hal Ashby, Oliver Stone and David Hockney. Tenants exhibited art, and scored and showed films and TV shows.

The building was most recently occupied by Snap Inc.

NeueHouse’s space is being designed by DesignAgency, which also oversaw the buildout of NeueHouse’s Bradbury Building location.

“Bringing NeueHouse to deeply authentic, creative communities like Venice Beach, in an architecturally historic space, is another step forward in delivering upon our mission to cultivate a creative system at the intersection of commerce and culture — all underpinned by design-driven environments, elevated hospitality and truly original cultural programming,” NeueHouse Chief Executive Josh Wyatt said in a statement.

“In an age of mass growth and commoditized ideas, we revel in delivering hand-crafted, thoughtful moments based upon a deep sense of meaning, emotion and passion. That is what sets NeueHouse apart. Our continued expansion in Los Angeles speaks to the creative community’s cross-town demand for the NeueHouse offering and experience, in a city culturally defined by its abundance of creators,” he added.

The location is expected to open in late 2020. NeueHouse offers membership tiers that range from shared workspaces to dedicated desks to studio space for a team. Prices are based on access to a single location or all locations.

NeueHouse raised $30 million in funding in 2018. Its location in Hollywood has a waitlist.

In addition to workspace, NeueHouse hosts events and has high-end food offerings.