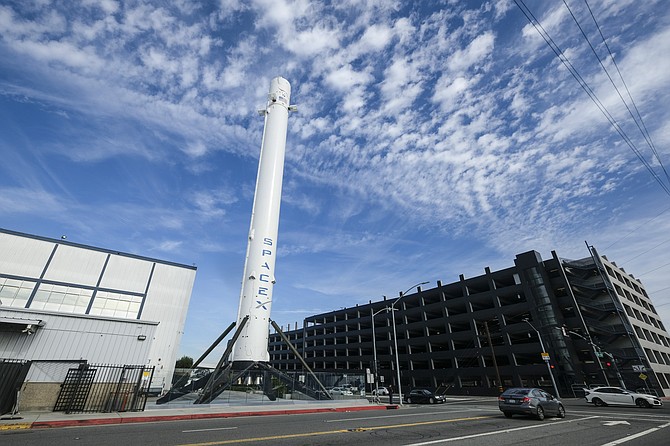 A rocket launch on March 18 deployed 60 satellites for SpaceX’s Starlink program, increasing its network to more than 350 satellites.

But the Elon Musk-led company was unable to recover the first-stage booster of the Falcon 9 rocket used in the launch. That booster had been launched four times previously, a record for reusability for this component in the SpaceX launch system.

“We are obviously disappointed,” Jessica Anderson, SpaceX’s lead manufacturing engineer, said regarding the lost booster in a recording of the launch posted on YouTube. “But our primary mission on second stage is still on target to drop our Starlink satellites to their deployment orbit.”

SpaceX has said that reusable hardware is key to its commercialization strategy because it keeps launch prices low.

The Falcon 9 lifted off at 8:16 a.m. Eastern Time at NASA’s Kennedy Space Center in Florida. The first stage separated from the second stage 14 minutes after the launch. SpaceX did not say what happened to the booster, only that the company was not able to recover it.

The rocket’s nose cone halves missed their target of a net at sea but were quickly recovered, SpaceX said.

Musk later disclosed in a tweet that there was an early engine shutdown during the launch, but it didn’t affect the satellites heading to their orbits.

“Shows value of having 9 engines!” he said in a tweet, adding that a thorough investigation of the anomaly is needed before the company’s next launch.

SpaceX’s goal is to provide high-speed broadband internet service for much of the planet, “particularly in remote or rural areas where connectivity is limited or completely unavailable,” Anderson said.

The company is seeking to provide service in the Northern United States and Canada by the end of this year and “near global coverage of the populated world” by 2021.