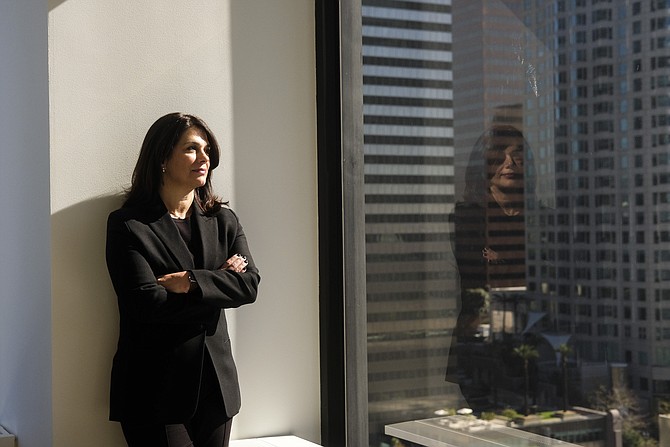 Long known as the “Bank to the Stars” because of its close ties to the entertainment industry, City National Bank has seen its own stars align in the past year.

Under Kelly Coffey, who joined City National as chief executive in February 2019, the largest bank headquartered in Los Angeles has grown even larger.

Coffey’s early wins at City National, which operates as a subsidiary of Royal Bank of Canada, follows her success in leadership positions at JPMorgan Chase & Co. and one of its predecessors, Morgan Guaranty Trust Co. She held a range of roles at the banking giant across corporate finance, mergers and acquisitions, equity markets, investment banking and private banking.

She will join Santa Monica-based Snap Inc.’s board of directors on May 18.

Coffey sat with the Business Journal in her downtown office to talk about her path to City National, her first year on the job and why banking chose her.

Did you have any experiences early on that helped shape the direction your career would take?

I grew up in a really close-knit family. I was incredibly close with my grandfather, who was the CEO of a local community bank in Pennsylvania. As a kid, I went to work with him all the time. It was one of my favorite things to do. He would sit and pore through all the numbers. I’d pretend with my (note) pad, and I’d get to sit with the tellers. I drove them all crazy, I’m sure.

When I got older, I did some summer internships there where I’d run credit reports. I just liked the office environment somehow. He worked really hard, and I think that work ethic I saw modeled for me pretty young. I think that did, in retrospect, form some part of me.

Growing up, I loved math. Probably because there was always an answer. But I had no intention of being a banker. When I picked international finance, it was a very conscious choice because I loved math and loved languages. Then, when I was finishing college, I thought about going into banking because it’s a good grounding in business for whatever you do in the future. You also get a good line of sight into a lot of different industries because I wasn’t sure which I wanted to go into. One thing led to another, and I just loved it. 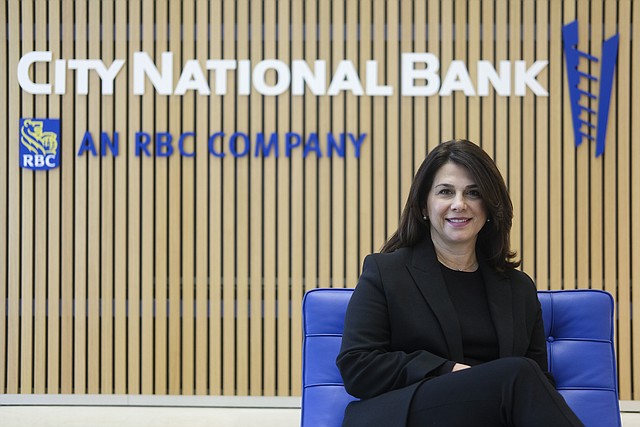 Kelly Coffey, whose grandfather was a bank CEO, is only the fourth chief executive in City National Bank's 66-year history.

You’ve had a range of roles across the banking industry. Was that breadth of experience important in preparing you for your current position?

Definitely. There are a number of people on Wall Street who have stayed in their field for their entire career. That’s necessary for certain types of work.

I was someone who did a lot of different things. That showed people two things: One, that I’m pretty adaptable; you can throw me into pretty much any environment. Two, it showed a willingness to take risks. Every time you do something different, no matter how much you think you’ve got it figured out, no matter how much due diligence you think you did, it’s always a risk to make a move.

When you sit on a business like this, having a background in investment banking and having covered companies in investment banking really helps with commercial banking. Having a background with private banking obviously helps with our private bank. I think that (private banking) was a good microcosm because it’s kind of a bank within a bank. I had to run a credit portfolio. I had to make sure the client experience was exactly what we wanted it to be. I think that all prepared me for this role.

What drew you to City National?

Obviously, it’s incredibly well known in L.A. Where I knew of it first was entertainment. In JPMorgan Private Bank, we couldn’t win versus City National in the entertainment space.

When Russell (Goldsmith) called, I said, “Well, I’d love to meet you.” He’d been incredibly successful, and I thought I could make him a client of the JPMorgan Private Bank. We met off and on for a year — just had some really interesting conversations — I learned a lot about City National Bank.

I felt that it was a really unique opportunity that you had a bank feeling like that hometown, relationship-based bank that knows you better and works harder for you, but actually has all the big-bank capabilities because you have Royal Bank of Canada to reach into.

And what is that relationship like — between City National and RBC?

I wouldn’t have (joined City National) without the RBC infrastructure backing. I think scale is important, and I don’t know if I would have felt confident about a $50 billion or $60 billion bank scaling on its own.

That goes across everything from how much we pay a vendor to getting attention from anyone. Just to be a $60 billion or even a couple hundred billion-dollar bank on your own is hard, especially with interest rates where they’re at.

At the same time, when we buy something, we can let it thrive as it is and use the benefits of it without completely synthesizing it into City National. RBC has done the same for us, buying City National and saying, “You attack the U.S. market as you see fit.” It’s the best of both worlds where you can take what works but not be forced to use something that doesn’t. We’re not RBC-ized; we’re City National Bank. 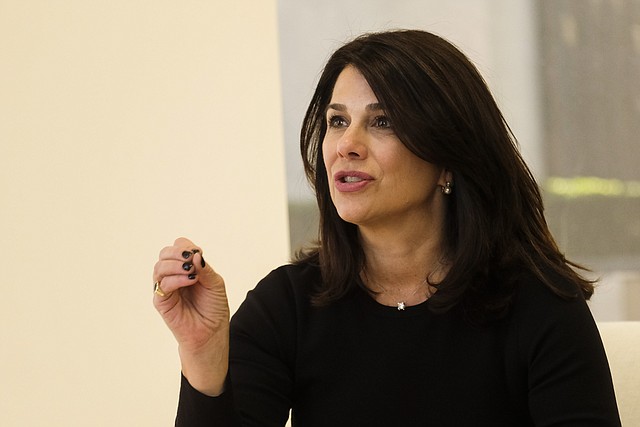 Kelly Coffey, CEO of City National Bank, helps her team stay focused on growing the business without getting bogged down by meetings.

How would you describe your management philosophy and how you work with your team?

I think I work for the people that work for me. It’s my responsibility to lead, to figure out the right strategy, to basically help them get things done for clients.

With my team, I pick the best person for the job, and I don’t micromanage. I make sure I understand what they’re going to do, we agree on that, and they go do it.

I expect them to come to me any time they need help. Typically, I’m not someone who meets with them every single week. I’ll do that with new leaders until they can get adjusted, but after a while they don’t need it anymore.

I feel like sometimes when you set up those set meetings, people wait for them and then stuff doesn’t get done.

Are there any particular opportunities that you are watching in the L.A. banking space?

As successful as entertainment is for us, it’s about a third of our business, so we are much broader than that as well. We have a technology banking vertical that does business with those (technology) companies, and particularly working with companies as they are maturing. We have colleagues sitting in WeWorks who are very focused on those younger professionals either starting their own companies or working at the Googles and Amazons. We think it’s a huge opportunity for us, particularly on the personal and private banking sides. 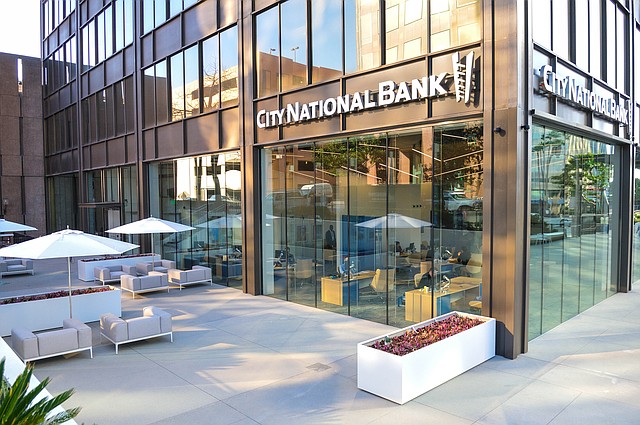 What are your top priorities for the next year?

The way I think about the business, even though we do lots of planning, it just comes down to making sure we’re focused on the client and are growing.

If all of that is moving in the right direction, we’re still growing our business based on the client, and that’s the No. 1 priority for us.