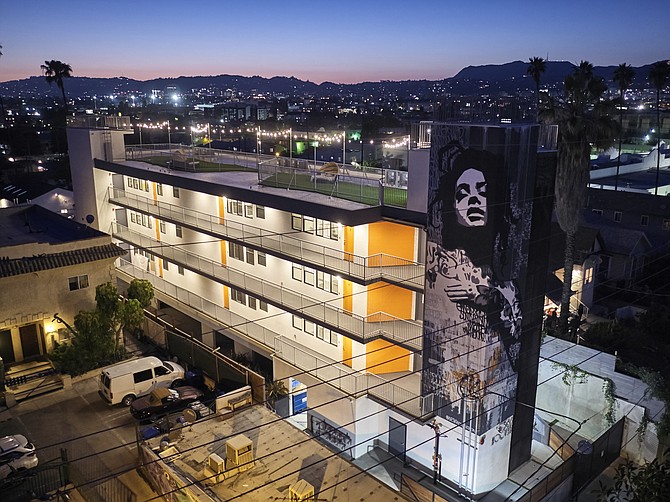 East Smart Choice has purchased a multifamily property on the border of Silverlake and East Hollywood for nearly $8 million. The property has 11 recently completed units.

The property is located at 563 N. Hoover St.

Stevens said the project, which consists of a nine-unit building and a two-unit building, was completed in 2019 and sits on a double lot. It has predominantly three-bedroom units, which makes it unique for the area.

Sales in the Silverlake submarket, he added, are not that common, and they have slowed during the Covid-19 pandemic.

In the L.A. metro area, only eight buildings with 10 or more units sold in May, Stevens added.

He said he closed five deals in March, but nothing in April or May.

Stevens said he has been marketing this particular property for a year.

“We were really very aggressively priced,” he said. “We were pricing at $7.895 million. The sellers were firm on the price. It took us quite a while and a lot of showings to find the right buyer. It was mid-March right after the stay-at-home order was announced that the buyer removed contingencies.”

The deal was supposed to close in mid-April, but didn’t close until June.

“It was delay after delay on the part of the lender,” according to Stevens.

He said the amount of the loan the buyer received was decreased drastically.

“It was one of the more challenging escrows that I’ve had. This market feels similar to 2009-2010 where deals are happening, but there are fewer of them, and they are a lot more involved,” Stevens said. “It’s really not easy to close it. It takes a lot more persistence and skill than it did a year ago to close a deal.”

Now that the state is starting to open back up, Stevens anticipates lenders will loosen their criteria, and the market will ramp back up.

“Right now, the main obstacle to buying is the lenders and a very low loan to value,” he said.

But there may be some pricing issues ahead.