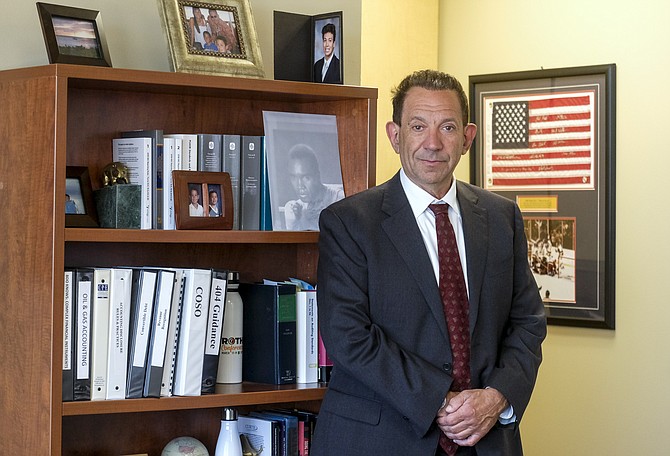 Covid-19 has brought one of the greatest periods of market uncertainty in decades. The answers to major questions like when lockdown restrictions will be fully lifted, when customer demand will rebound and the extent to which the virus will ultimately affect the economy are simply unknowable.

Amid this anxiety, businesses are being required to make weighty predictions about future performance.

Public companies that have substantial doubt about their ability to continue as going concerns — an accounting term for businesses with the resources to continue operating indefinitely — must flag these issues in their financial statements.

While not necessarily a death sentence, such a disclosure can become a self-fulfilling prophecy by disrupting investment, credit lines and key contracts when companies need them most.

AMC Entertainment Holdings Inc., the world’s largest cinema operator, said in an early June filing that “substantial doubt exists about (the company’s) ability to continue as a going concern for a reasonable period of time.”

AMC, whose largest market is greater Los Angeles, has been “generating effectively no revenue” since the lockdowns began in March, according to the company’s filings. It reportedly plans to start reopening theaters in L.A. on July 10.

The story is similar to a range of other companies that have had otherwise stable business models thrown into question by pandemic uncertainties.

Dave & Buster’s Entertainment Inc., which counts L.A. among its major markets, revealed in a late April filing substantial doubts that it would survive the next 12 months. Santa Clarita-based oil and gas producer California Resources Corp. lost more than 32% of its share price in a single day after it filed a going concern disclosure in mid-May.

“A lot of companies have fallen off a cliff,” Kimmel said. “We’ve remained off that cliff for all of April, all of May and — depending on your industry — you are still only back on a limited basis now.”

Recognizing the extreme uncertainty brought on by the coronavirus, the Securities and Exchange Commission granted companies an additional 45 days to file any documents that would normally have been due between March 1 and July 1. Kimmel said this has helped delay the appearance of going concern filings at struggling companies.

“The SEC is balancing giving these companies relief and leniency, and getting investors and the marketplace relevant information,” Kimmel said.

As the deadlines for these extensions arrive and second-quarter filings come due, companies will be forced to make a range of predictions on subjects such as availability of capital, asset impairment and the enforceability of contracts.

“Estimates, assumptions and uncertainty underlie all of this,” Kimmel said. “Those are three things the market hates.”

The potential consequences for misjudging these forecasts can be severe, according to Corey Fischer, managing partner with Century City-based accounting firm Weinberg and Co. “We know from historical experience that good faith estimates made in the fog of uncertainty will be ruthlessly scrutinized when the fog lifts,” said Fischer.

While pessimistic predictions can frighten investors, regulators and litigators will hold company management to account if forecasts turn out to be overly optimistic, according to the accountant.

“A lot of this is very subjective,” said Fischer. “Management is going to be very hard-pressed to make these disclosures.”

To mitigate these issues, Fischer said he anticipates companies being unusually transparent about their financial outlooks in the coming months.

“You are going to see a lot of companies having expanded discussions of liquidity and how the current environment is affecting them in ways that previously would not have been addressed,” he said.

One key factor will be front and center for companies hoping to avoid having to flag going concern doubts, according to Zivia Sweeney, a professor of accounting at USC and a former finance executive.

“The biggest thing that you have to defend is having cash,” she said. “You can do this by having a line of credit, short-term investments with cash on hand, you can sell assets or property.”

Sweeney, who has helped companies successfully defend against going concern disclosures in external audits, said the outlook can be bleak for businesses that can’t demonstrate they have the needed access to working capital.

The professor pointed to some debt covenants, which can allow lenders to call a loan and eventually seize collateralized assets if a business receives a problematic audit result. In other instances, she said, some federal contracts can have clauses that cancel renewal if the company has going concern doubts.

In both of these situations, the going concern disclaimer becomes a self-fulfilling prophecy. The company loses access to critical capital, assets or revenue streams just when they need them most.

“For a company to get a going concern, the fat lady sang, went home, took a shower and went to bed,” Sweeney said. “It’s over.”

Weinberg and Co.’s Fischer is somewhat more optimistic on the outlook for companies forced to issue going concern disclosures.

“Not all companies that make this disclosure go out of business,” said Fischer.

Larger companies that had solid fundamentals prior to the pandemic, he said, are likely to be less negatively impacted. Smaller companies that are not highly capitalized or currently focused on research and development, however, could be deeply affected by the market backlash from these disclosures, according to Fischer. The accountant noted that many local bioscience companies will likely fall into this category.

Thankfully for the local economy, both Fischer and Sweeney said they don’t anticipate a tidal wave of going concern disclosures in second-quarter earnings reports.

“You may see somewhat of an uptick,” Sweeney said, “but that’s going to be expected because of the adverse impact of Covid.”

“In this cycle, the companies hardest hit are likely going to be those that were already struggling (before the pandemic),” she said. “I think a year from now, then we can revisit the conversation.”