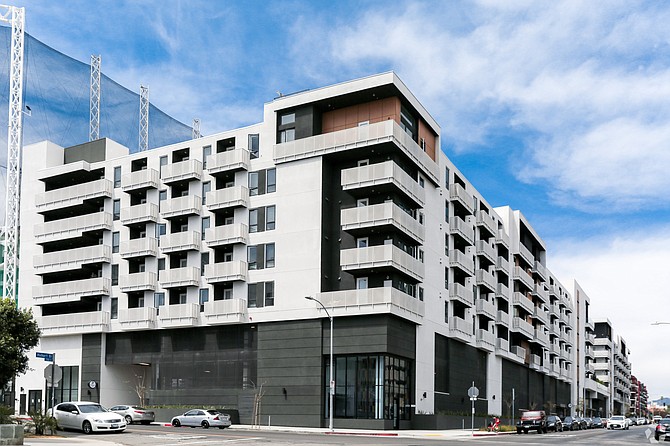 Cityview sold its stake in The Pearl on Wilshire in 2019. Photo by Christiaan Cruz

Century City-based multifamily developer Cityview has been striving to keep its communities working smoothly during the Covid-19 pandemic while also looking to the future.

The company has implemented new cleaning and maintenance procedures across its 6,000 units on the West Coast.

Sean Burton, the company’s chief executive, said collections had still been strong despite some residents losing their primary or secondary sources of income.

“Across our Class A portfolio and traditional renters, we were at almost 99% collected in April. May was slightly below that,” Burton said.

One of the biggest issues for the company has been determining the best way to lease units.

“We’ve spent a lot of time trying to figure out how to lease to people,” Burton said. “We’ve invested quite a bit in virtual technologies and just had great results.”

The company is using tools such as Facebook Live to show its properties to prospective tenants.

Interested parties can do a virtual tour of the entire property, including the unit they would be renting and a model unit, in addition to amenity spaces.

Burton said safety has been a huge concern for potential residents.

“They’ll ask about our cleaning protocols and ‘do you have to take elevators everywhere.’ Those are the kinds of things that they are asking. They want to know the procedures for when new people move in, and they want to know about staffing and, if they have a maintenance request, are there people there to help,” Burton said.

As far as maintenance goes, Burton said residents are given the option of having a worker call and talk the tenant through minor repairs or having someone come to their unit instead.

For amenities, Cityview has added tape to indicate where tables and chairs should go in order for people to remain six feet apart. The group is also using an app to reserve things like pool time, so there are only a limited number of people in common areas at a time.

“The conversion rate is significantly higher for virtual leases versus in-person,” Burton said of the technology’s success rate.

In the last few months, he said, roughly 250 leases were signed virtually.

Still, there have been changes in leasing volume over the last few months. Since Covid-19 prompted stay-at-home orders and business closures, Burton said, the retention rate at Cityview properties is 10% to 20% higher than before. There are fewer new leases being signed, but Burton said those numbers were stronger than expected.

“More people are staying, and less people are leasing but not nearly as few as we thought would. We still had a surprising amount of leasing,” he said

Many of Cityview’s communities are at 95% occupancy.

Burton said the company has had to spend more money on cleaning than before, but staffing is not changing much.

“The core staff of the projects have not increased. You’re going to see managers spend less time in the office and more time keeping an eye and walking around,” the chief executive said.

And looking forward, Burton expects there to be more opportunities in the market as housing in L.A. is undersupplied even though there is a lot of uncertainty.

“We think the fundamentals are still pretty much the same,” he said, adding that the company’s preference toward mid-rise and low-rise buildings with open hallways was a huge plus now as many people want to move away from high-rise living and having to ride elevators.

“People still need a place to live. They need four walls and a roof over their head. We think multifamily will be one of the favorite asset classes coming out of this. We are going to double down our multifamily investment going forward,” he added.