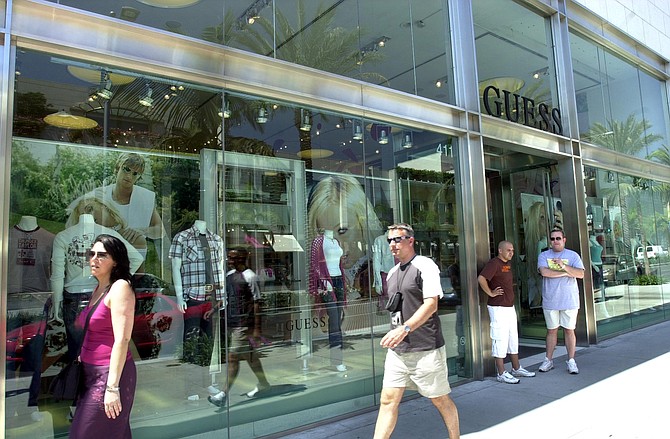 Shares of Guess Inc. dropped 30% to a market value of $584.4 million last week after the downtown-based retailer reported a decline of more than 50% in sales revenue for the first three months of the year and said it expects more of the same for the second quarter.

“We’re starting to reopen our stores in phases, (and) we think we’ll have all the stores open in June, so the store closure period in Q2 is pretty much in line with Q1,” Chief Financial Officer Katie Anderson told analysts during an earnings call on June 10. ‘We believe ecommerce will continue with strong momentum but won’t be enough to compensate for the decline in our other businesses. We anticipate more normalization over the back half of the year.”

The company operates 1,141 retail stores in the Americas, Europe and Asia, and said it plans to close 100 of them in the next 18 months. Its partners and distributors run an additional 540 retail stores worldwide.

“We entered the (first) quarter with the majority of our stores closed in Asia,” said Chief Executive Carlos Alberini. “In April, as we began to reopen these locations, we experienced a significant drop in customer traffic but a meaningful improvement in conversion rates, resulting in a materially lower sales productivity compared to last year. But since then, we have gained momentum, and same-store sales in Asia for Q2 to date are running at 75% of last year’s sales productivity — a significant improvement.

“Regarding North America and Europe, by mid-March, we decided to temporarily close most of our stores in both regions. At present, we have reopened over 400 stores in Europe and over 180 stores in the U.S. and Canada. … As we experienced in China, in these stores, we have seen slow customer traffic, partially offset by improved conversion rates.

“I’m thrilled to report that most reopened stores are performing better than we anticipated, resulting in our quarter-to-date sales productivity of roughly 75% in the U.S. and Canada, and 70% in Europe as compared to last year’s levels. As you would expect, stores that depend on local customer demand have performed better than those that depend on tourism,” Alberini added.