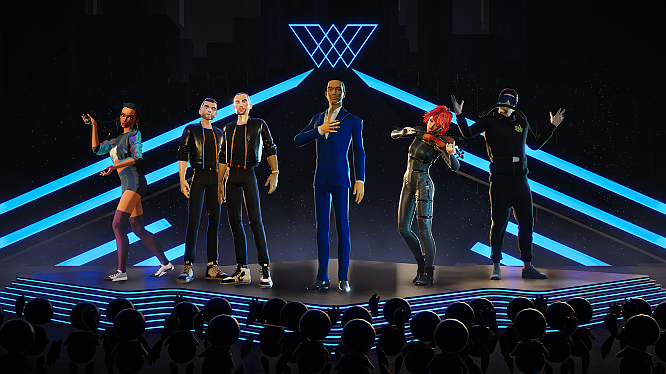 Palms-based virtual concert startup Wave has raised $30 million in a Series B funding round.

The new raise brings the company’s total funding to $40 million.

Wave creates digital avatars of artists and entertainers and hosts live online concerts. It streams the events on platforms such as YouTube, Twitch and its own virtual reality application on Steam.

All of Wave’s events are currently free to view. The company — and the artists it hosts — make money through the sale of virtual goods, brand sponsorships and fan donations.

It is also exploring making some high-profile events ticketed in the future, according to co-founder and Chief Executive Adam Arrigo.

“That would depend on the artist,” Arrigo said. “Even if you just charged $2, if you had five million attendees that would be pretty good … Our goal is to figure out what the right balance is.”

Arrigo said his company was originally built to target a specific demographic at the intersection of video game and music culture.

“We saw the experience as something that wasn’t meant to replace the concert experience,” he said. “It was more targeted at people who might not go to concerts at all.”

Arrigo said his company hit a major milestone last August when it hosted a virtual concert for violinist and dancer Lindsey Stirling. That event had more than 400,000 live “attendees,” according to Arrigo, and served as a successful test case for the added value virtual performances could bring.

Since virtually all live events were canceled during the lockdowns, a wide range of artists across genres have begun exploring virtual performance options. Many of these, according to Arrigo, have reached out to Wave and are currently in talks with the company.

“The spectrum of audiences now has gotten so much bigger,” he said.

Despite the recent uptick in interest, Arrigo said Covid-19 was not a major factor in his company’s latest funding round.

“It (boosted the raise) to a small extent,” he said, “But we closed the majority of this round in January and February.”

The new capital will go to improving Wave’s technology in areas such as upgraded avatars and concert environments, according to Arrigo, and will fuel the company’s expansion into the Chinese and Japanese markets.