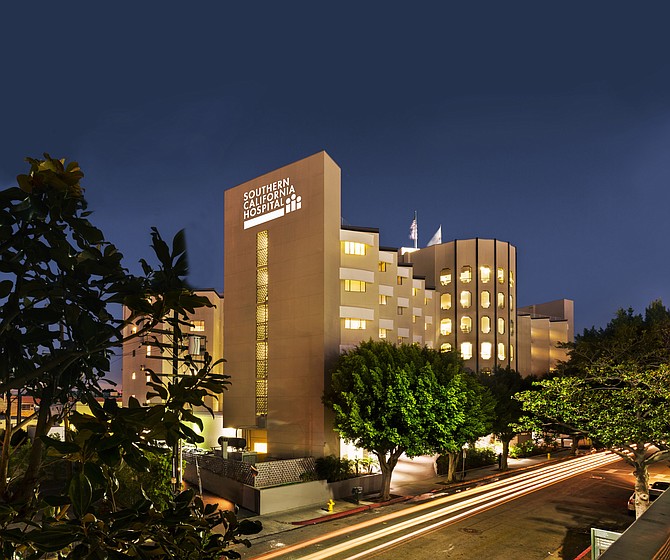 Palms-based hospital and physician group operator Prospect Medical Holdings Inc. has acquired three medical groups with about 10,000 physicians, nearly doubling the doctor count in its physician association holdings to about 21,000.

The acquisitions, which were agreed to in April but were not announced until mid-May, greatly increase the physician network that Prospect’s 17 hospitals can use.

“This is a great opportunity to expand Prospect’s system of coordinated care to a much larger market,” said Jim Brown, chief executive of the Prospect Medical Systems subsidiary that manages physician groups.

Prospect is acquiring are Cal Care IPA and Los Angeles Medical Center IPA, both of which primarily serve Los Angeles County, as well as Vantage Medical Group, which serves patients in Riverside, San Bernardino, and San Diego counties. All three groups list their corporate headquarters at the same address in Corona in Riverside County.

Prospect did not disclose in its announcement how much it is paying for the networks and declined to answer a question on the purchase price.

The transactions are expected to close this summer, pending agreement from the health plans that the physician groups contract with, among other approvals.

Independent physician associations, or IPAs, are networks of independent doctor practices that join together to reduce overhead or to exercise greater market power to negotiate contracts with employers and insurers.

In recent years, many IPAs have merged with hospital organizations in a bid to shore up their finances.

According to data compiled by Washington, D.C.-based health care consulting firm Avalere Health and the Physicians Advocacy Institute and released early in 2019, the number of hospital-owned IPAs more than doubled to roughly 80,000 in mid-2018 from 35,700 in mid-2012.

John Romley, senior fellow at the USC Schaeffer Center for Health Policy & Economics, said Medicare and Medicaid reimbursement rates are often higher for procedures conducted in hospital settings rather than outpatient settings in physician offices, serving as a financial driver for IPAs to merge with hospitals.

He added that hospitals seek to bring IPAs on board because the associations have a relatively high proportion of patients who are healthy and have commercial insurance. This helps hospitals subsidize the treatment of uninsured patients.

Romley also cited a nonfinancial driver for the increasing number of hospital-IPA mergers.

“It’s a matter of quality of care,” he said. “Hospitals argue — and it does make some sense — that closer relationships with other providers will make for more effective care, due to better communication and financial and technological support for physician practices.”

Prospect alluded to this in written responses to questions from the Business Journal.

“This acquisition furthers our vision to create integrated delivery models that coordinate the health care of populations,” Prospect said. “We are committed to providing quality care, a positive patient experience, and reducing the total cost of care.”

In response to another question, Prospect said that discussions to acquire the three IPAs began about six months ago, prior to the Covid-19 pandemic but that the transactions made even more sense in a pandemic environment.

That’s because IPAs often compensate their physicians through fixed payments per patient, which according to Prospect “offer stable cash flow … and support when low patient volume (due to Covid-19), challenges in billing offices, and unconventional patient encounters create difficulties with collections.”

The acquisitions come as Prospect’s management appears about to reassume a majority stake in Prospect.

The company was initially founded in 1996 in Orange County and grew through acquisitions into a chain of 20 hospitals in six states, 165 specialty care outpatient clinics, and a network of more than 11,000 primary care physicians and specialists affiliated with its hospitals.

The company has since closed three hospitals, including one in San Antonio late last year.

Prospect Medical management retained a 38% stake, including a 20% stake for Chairman and Chief Executive Sam Lee.

Last year, Leonard Green agreed to allow Prospect management to buy out its stake for an undisclosed sum. That buyout is expected to conclude this summer.

That hostile takeover bid has so far languished.