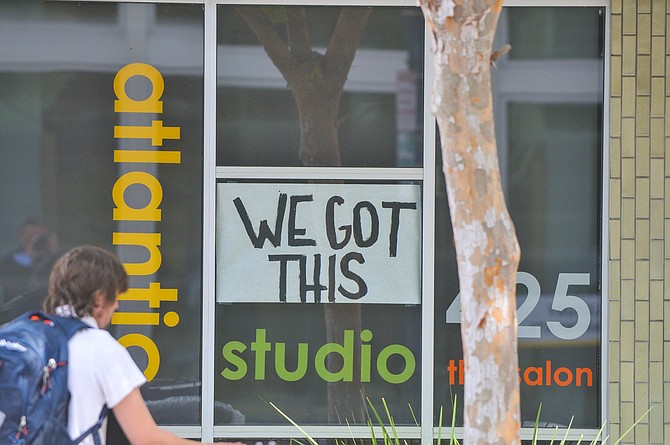 In the three months since its launch, the Small Business Administration’s Paycheck Protection Program has faced many obstacles, from bottlenecks in the application pipeline to general lack of clarity on loan terms.

But despite its flaws, local business advocates say the PPP has been a lifeline for some L.A. small businesses.

The forgivable loans have helped many avoid permanently closing during the Covid-19 economic onslaught, according to leaders at the Los Angeles Area Chamber of Commerce and the Los Angeles County Economic Development Corp.

“It has been a tremendous aid to many small businesses,” said Joseph Torres, senior district manager at the LAEDC’s Business Assistance Program. “It has saved thousands of businesses and thousands of jobs.”

Torres works on the front lines helping local businesses navigate the complicated PPP application process. The program, according to Torres, has been particularly beneficial for sectors such as manufacturing.

“Some (manufacturing businesses) that I’ve spoken to have rehired people they had let go and are already back in full swing,” he said.

Torres described one small flag-making business that was not only able to rehire staff it had laid off, but actually brought on new employees with its PPP funding.

Yet Torres said the PPP has been less impactful in other local sectors. Businesses in retail, food service and hospitality, in particular, have struggled to meet the program’s loan-forgiveness criteria.

“One restaurant owner I spoke with said that since he can’t hire back all his staff quickly, it will probably end up being a large two-and-a-half-year loan,” Torres said. “At most, 10% of it will be forgivable.”

“If they haven’t gotten the revenue to pay back the loan within two and a half years, it is going to become a big burden for them,” he added.

Under the original PPP guidelines, loan recipients needed to spend at least 75% of the funds on payroll to qualify for forgiveness. They were also required to rehire any workers they had laid off by June 30 or their loan forgiveness amount would decrease by the percent decrease in employees.

This put many restaurant, retail and hospitality employers in a difficult spot. Laid-off staff at these businesses can sometimes take in more income under recently expanded coronavirus unemployment programs than they would at work. Many of these businesses also currently face legal safety caps on customer volumes in their stores, making rehiring at pre-pandemic staffing levels highly difficult.

Some fundamental changes to the PPP are in the works to address these issues. A bill passed by Congress on June 3, dubbed the Paycheck Protection Program Flexibility Act, will lower the minimum percentage of funds spent on payroll. The new 60% floor will free up to 40% of the loans to be used for other expenses, although the updates introduce a “cliff” preventing any loan forgiveness if this threshold is not met.

The PPP Flexibility Act will also extend the deadline to rehire laid-off staff to Dec. 31.

“Those updates very much align with the changing needs of businesses,” said Maria Salinas, president and chief executive of the Los Angeles Area Chamber of Commerce.

“This crisis has gone on much longer than people originally thought it would,” she added. “Payroll is one thing, but rent is often the biggest thing.”

Salinas said the extension of the rehiring deadline will give employers the needed flexibility to reopen safely.