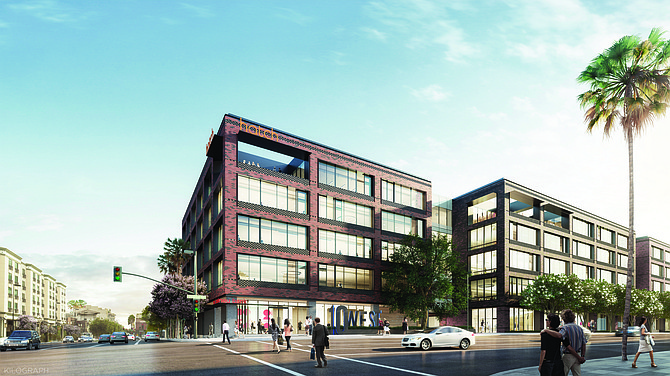 As part of the move to more mixed-use projects, the company has hired Omar Rawi as executive vice president. In his new role, Rawi will oversee the Bay Area, Portland, Seattle, L.A., Orange County and San Diego.

He was formerly with Greystar, where he oversaw development in Southern California and Arizona.

LPC West has already done some mixed-use projects but is interested in pursuing more.

Rawi said he took the position with LPC West because he was interested in the “opportunity to start a mixed-use development platform up and down the West Coast.”

“My main focus will be building a multifamily development or mixed-use development pipeline. I’m really excited to do some new deals,” Rawi added.

Some of LPC West’s previous projects include Runway at Playa Vista.

“We started to move into the mixed-use space originally with the Runway at Playa Vista project,” Binswanger said.

The project was anchored by a Whole Foods and features 420 multifamily units.

“We had a great experience there, terrific product, well received in the market and good financial performance,” Binswanger said of why the company wanted to do more mixed-use projects.

The 100 West Walnut project will replace old parking lots with a mixed-use development featuring 394 residential units, as well as office and retail space. The site is under construction and is expected to open in 2021.

In Culver City, LPC West is working on 8777 Washington and the Entrada. The four-story, 125,000-square-foot creative office building at 8777 Washington Blvd. is under construction and is leased to Apple Inc.

The Entrada, which is also under construction, is an 11-story building with 280,000 square feet of office space and ground-floor retail. It is being designed by Gensler.

LPC West now has 1,500 units in the pipeline on the West Coast.

The company has more than 400 employees and a construction portfolio of more than $3 billion. Roughly $1 billion of that is in L.A.

Binswanger said he could see the group having an additional $1 billion worth of properties under construction over the next few years, but with Covid-19, he added that the numbers were hard to predict.

Rawi thinks there may be some opportunities to come from the pandemic.

“I’m optimistic there will be some quality mixed-use development deals to do in some urban locations, probably from the result of some distress,” Rawi said.

He considers location one of the most important factors for any project, adding that LPC West was interested in the “edges of downtown” and anything on the Westside.

He is especially keen on areas that are expected to see job growth.

“I’m keeping an open mind and seeing what comes to us,” Rawi said.