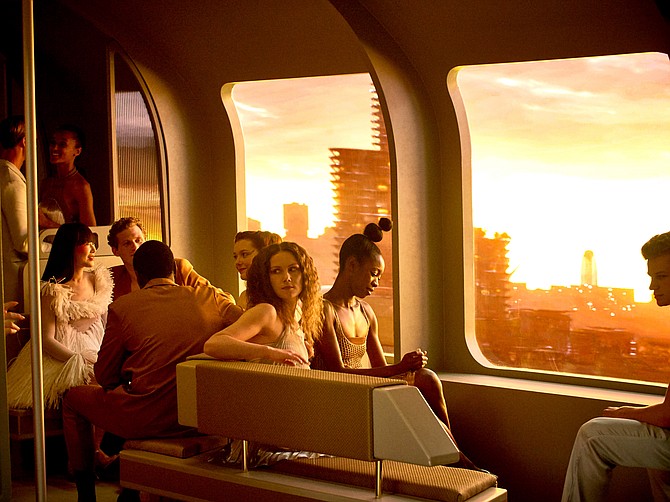 Peacock offers a free ad-supported option as well as premium tiers. Subscribers to Comcast’s Xfinity X1 and Flex products and Cox’s Contour app will have free access to Premium Peacock.

Combined, Comcast and Cox subscribers give Peacock a total of 24 million potential viewers.

Peacock is a relative latecomer to the streaming wars, which, in recent months, have seen several new services join a landscape previously dominated by Netflix, Hulu and Amazon Prime.

That battle began Nov. 1 with the launch of Apple TV Plus, which was quickly followed by the arrival of Disney Plus (Nov. 12), Quibi (April 6) and HBO Max (May 27).

Peacock’s national launch across mobile, web and connected TV devices includes a free ad-supported service as well as the premium tier ($4.99 per month).

Peacock’s free tier offers more than 7,500 hours of programming, and the premium tier provides more than 15,000 hours of content. Both of those tiers are ad-supported. Subscribers may upgrade to ad-free Peacock Premium for an additional $5 per month.

The service is launching with nine new series on July 15, including the Peacock original “Brave New World” and the BBC drama “The Capture.” Peacock said only a “sampling” of the new shows will be available on the free tier.

“We are not charging people money, and one of the unfortunate consequences of Covid-19 has been economic hardship,” Katz said. “We felt like it was really appropriate to come out with a free service when people were minding their wallets.”

Katz declined to reveal the numbers for Peacock’s performance during the April 15-July 15 trial period but said the service is on track to realize a previously announced goal of 35 million active subscribers in the next five years.

“The most important thing is that customers were not just coming in and using it once. They were using it again and again,” Katz said. “For all external (ad-supported) services, the Achilles heel is retention.”

On July 9, Peacock announced that NBC Sports and Peacock will present more than 175 Premier League soccer matches on Peacock Premium in the 2020-21 season.

All content presented on NBC Sports Gold’s Premier League Pass will shift exclusively to Peacock Premium with the start of the season. NBC and NBCSN will continue to present other Premier League match coverage and related programming.

Both the free and premium tiers are offering substantial amounts of live news and sports programming. Katz said the mix of live events plus entertainment content is attractive to viewers across all demographics, including the young “cord-cutting” audience that has been attracted to Comcast’s Flex box streaming device.

Katz also predicted Peacock will not suffer too much from pandemic production shutdowns in the future because it can tap into the vast NBCUniversal library as well as acquisitions of quality programming from all over the world.

Like other new streaming services, Peacock won’t be able to take advantage of NBC’s planned coverage of the canceled Summer Olympics as an advertising opportunity.

However, Katz said, Peacock plans to promote the service across all NBC platforms, allowing for a longer promotional push than just two weeks of Olympics programming would have provided.

“You could be watching the ‘Today’ show (on NBC), and (a promotion) could say, ‘You can learn more about the story by coming to Peacock,’” Katz said. “(We can) integrate ourselves into all of the programs, so we really have authentic cross promotion.”