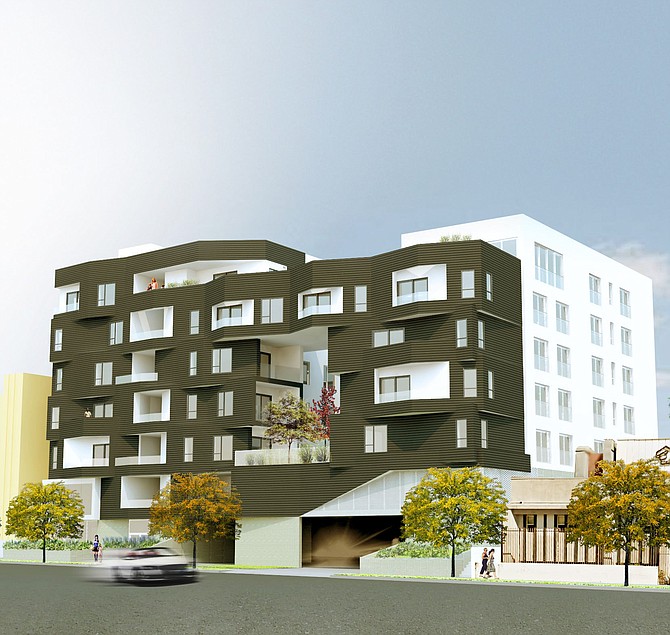 A Koreatown project being developed by Sabet Group received a $15.2 million construction loan, with financing arranged by Meridian Captial Group.

A project in Koreatown has received a $15.2 million construction loan.

The project, which is expected to be completed in June 2022, is being developed by Sabet Group and designed by Warren Techentin Architecture.

The loan is for a development at 750 South Kingsley Drive. Once completed, the property will have 68 luxury residential units and a parking garage.

The building will also have a rooftop barbecue, fitness center and entertainment area.

“The sponsor is an established mid-market developer and owner/operator of multifamily assets in Los Angeles,” Savariego said in a statement. “Meridian worked with the sponsor and East West Bank to arrange a smooth execution for a competitive construction loan despite the challenging market environment.”

Multifamily projects have been in high demand in Koreatown, and development has continued.

Koreatown-based Jamison is developing a six-story building with 131 apartments at 8th Street and Harvard Boulevard. The property also has ground-level commercial space and parking.

Jamison has roughly 3,000 units under construction, with a focus on the Koreatown area.

Also on 8th Street, the $154 million The Rise Koreatown is under construction. It is being developed by Cal-Coast Development and Rescore. When The Rise is completed, the seven-

story building will have 364 units, parking and retail space.

Property owners have also been taking note of the active market.

Last year, Century City-based Cityview sold an equity stake in The Pearl on Wilshire to an entity led by Hankey Investment Co. in a deal that valued the property at roughly $171 million. The 346-unit complex is at 687 S. Hobart Blvd.

Also in 2019, Equity Residential purchased the 398-unit Next on Sixth for $189 million. It was built by Century West Partners.