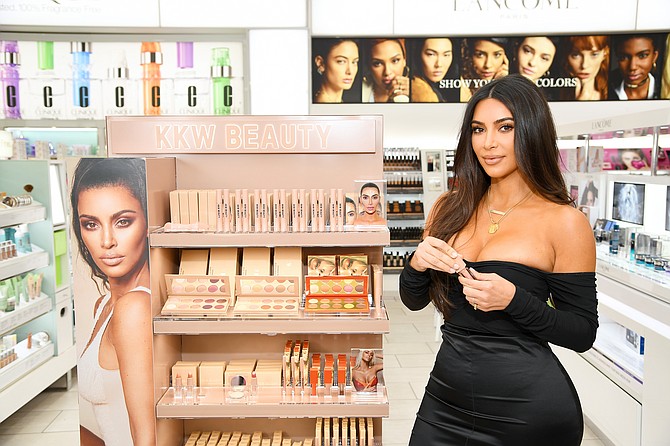 New York-based Coty Inc. paid $200 million for a 20% stake in the makeup company, founded by Kardashian West, in a deal announced June 29 that brings KKW Beauty’s valuation to $1 billion.

In November, Kardashian West’s half- sister, Kylie Jenner, sold a 51% stake in her beauty business for $600 million to Coty. That deal valued Jenner’s business at $1.2 billion and pegged her company’s annual revenues at $177 million.

“Partnering with an established organization like Coty will be instrumental in the advancement of my brands as their global reach allows for faster expansion, so people around the world are able to experience new launches firsthand,” Kardashian West said in a statement.

“This relationship will allow me to focus on the creative elements that I’m so passionate about while benefiting from the incredible resources of Coty and launching my products around the world,” she added.

The deal, announced a few days after Woodland Hills-based KKW Beauty marked its third anniversary, is expected to close next March and will help KKW Beauty expand into skin care, hair care, personal care and nail products, and support its global expansion.

“She is a visionary, an entrepreneur, a mother, a philanthropist, and through social media has an unparalleled ability to connect with people around the world,” he said in a statement. “This influence, combined with Coty’s leadership and deep expertise in prestige beauty, will allow us to achieve the full potential of her brands.”

In May, Coty launched Kylie Skin in Europe, via Parfümerie Douglas, a German beauty retailer with more than 2,200 stores.

Kardashian West, who has some 300 million social media followers, also runs Culver City-based Skims Body Inc., an apparel company with a focus on shapewear for women that she launched last year. Its products, including body tape, seamless underwear and bodysuits, are sold at Nordstrom.