In the midst of headlines about layoffs and shutdowns, L.A. business leaders seem to be ramping up. Many are working remotely but embracing technology to stay connected with employees and clients via video meetings or the still-important personal phone call. A shared entrepreneurial spirit has them turning a crisis into a learning experience. These Type-A personalities are also rediscovering there’s more to life than work and are more than willing to share their tips for using at-home time as opportunity for introspection and self-improvement in anticipation of the next chapter. 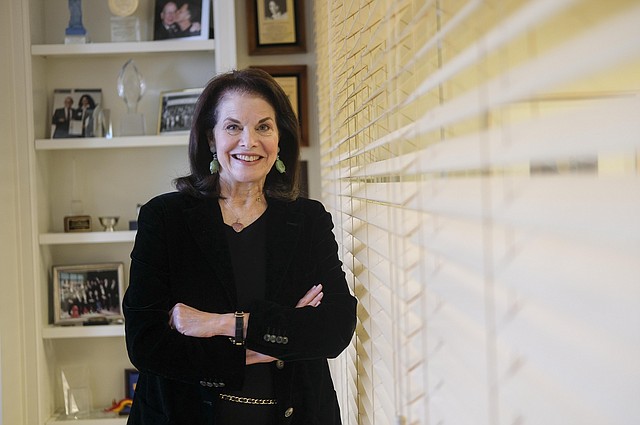 Lansing, former chief exec-utive of Paramount Pictures, moved from a long career as one of Hollywood’s few women studio executives to full-time philanthropy. Nowadays Lansing delights in work and play in an unchanging outfit of sweats, glasses and ponytail, finding the silver lining in a crisis.

HOME OFFICE EFFICIENCY: “I’m still conducting my business full force, running my foundation. I’m still a regent (of the University of California), and (co-founder of) Stand Up to Cancer. I find Zoom board meetings extraordinarily efficient. I don’t feel like I have to fly six hours to be there and stay in a hotel. I feel like I am looking at people right in the face, no distractions.” 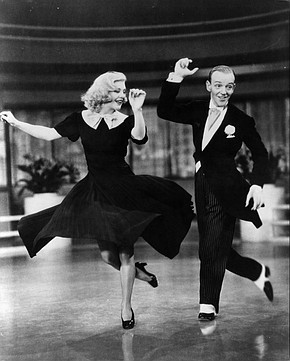 Sherry Lansing says that during the Covid-19 lockdown she and her husband, film director William Friedkin, have been spending quality time together watching classics like Fred Astaire movies.

SIMPLICITY PATTERNS: Lansing now enjoys walking, swimming, deep conversations, trading Hollywood events for occasional social distance meetings with a few friends — and maybe a movie date with Fred Astaire. “I’m really enjoying this enforced quality time with my husband (film director William Friedkin). We pick a classic movie every other night. I read so much. I watch wonderful things on television. I think after this, people are really going to want a simpler lifestyle, less artifice. I think it’s going to stay.” 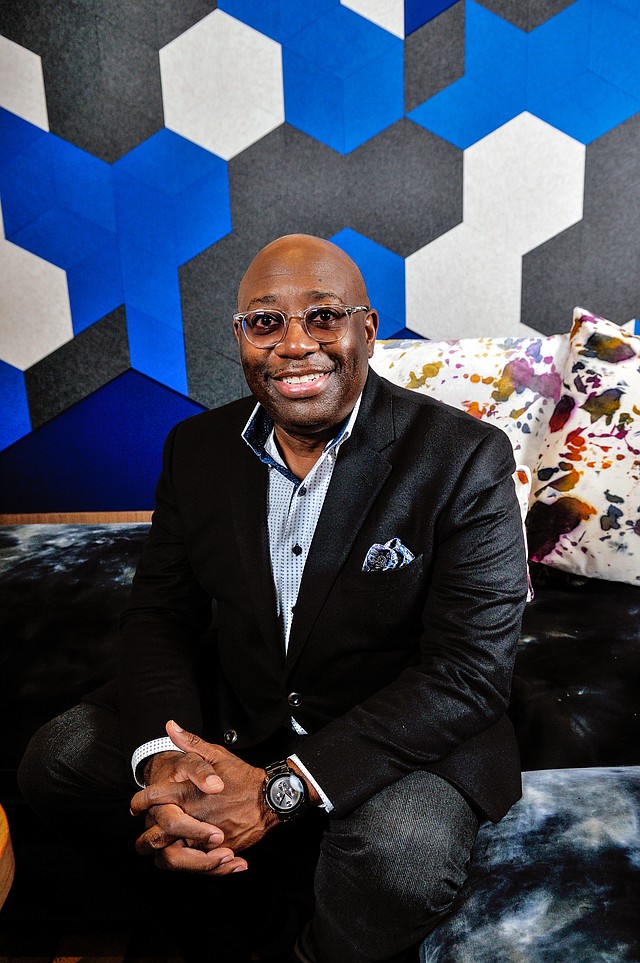 Miller’s entertainment law practice was always global, so he was already a digital communications expert when his office went remote on March 17. While his own work style hasn’t changed much, Miller has observed massive shifts in the industry.

CRISIS MODE: “There is a bigger need for attorneys. We have dealt with the issues of furloughs, suspensions, hiatuses … 100% of the industry (was affected by) the shutdown, and we continue to be in the middle of that.”

DIGITAL PERFORMANCE: “Creativity never dies. There are more digital forms of TV shows, virtual telethons, virtual master classes. … My clients have been doing podcasts, Instagram or Facebook (livestreams), television shows from remote. They are now the editor, the cameraman and the talent, all of which has legal implications. I think we have shifted the way in which things are going to be consumed, how much we’re willing to pay, what we are willing to accept in entertainment.” 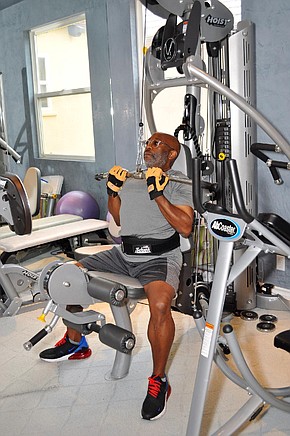 Darrell Miller has been spending more time in his home gym.

ROCKING THE ’RONA BEARD: That’s the term for men trying out the unshaven look during the Covid-19 pandemic. Miller has also given up three-piece suits and cufflinks for athletic wear. “I had a little (home) gym for about 10 years that didn’t see much activity. … Since this pandemic, I have dropped like 17 pounds.” 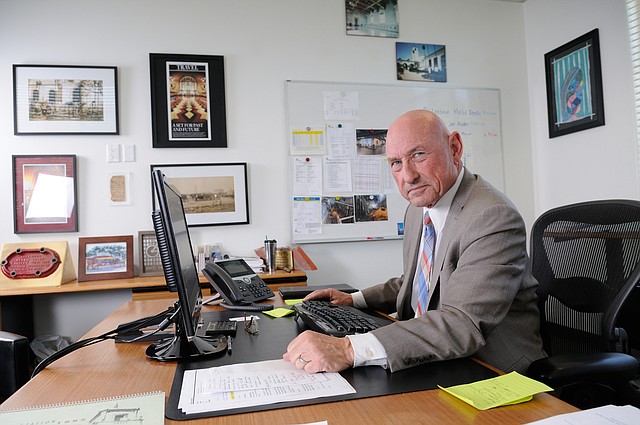 EMPTY CARS: “The rail traffic for Metrolink is off by approximately 90%, and Amtrak is off 95% to 98%. The typical Metrolink commuter train carries 792 passengers. I can tell you by the end of the (first week of shelter-at-home) by the time I got off in L.A., there was maybe 25 of us. Now that is eerie.”

BACK ON TRACK: Pratt said the passenger count is rapidly picking up, and as of late June, all points of access are fully open because fewer entry points led to crowding rather than facilitating social distancing. “Instead of becoming check points, they became pinch points,” Pratt said. “What you don’t need with a crowd is anxiety.” 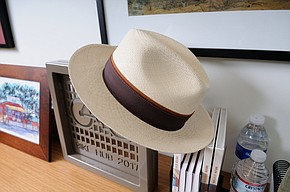 "Mayor of Union Station" Kenneth Pratt has switched to his summer straw hat.

HATS ON: Pratt said he remains committed to a retro-stylish appearance that has earned him the nickname “Mayor of Union Station.” “In the wintertime, I typically wear a felt hat; in the summer like it is now, I wear my summer straw. I’m a suit-and-tie guy all the time.” 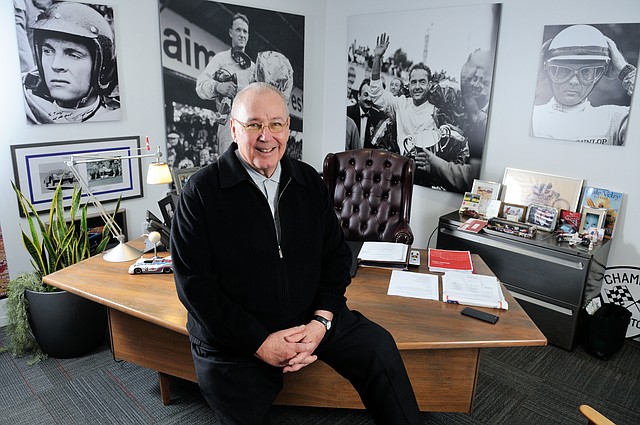 DRIVING DIGITAL: “Ironically and wonderfully, we had been preparing to spend more time and invest more in digital marketing. … Two days after the shutdown, we were on the air and livestreaming tours of our vaults. Prior to that effort, 80% of our audience came essentially from Los Angeles County; 50% of our viewers are now from outside the country. We’ve (also) reached out to our members and friends to video their own private collections. … People love it. You are seeing car collections you would never otherwise see.” 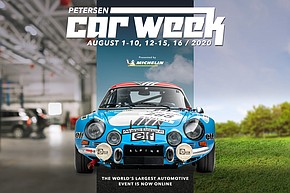 PETERSEN CAR WEEK: “The world’s largest automotive event of the year is Pebble Beach Monterey Car Week. It’s not happening this year, but almost everyone who was participating (is) going with us (online). (We have) as many as six or seven new car reveals, live auctions, interviews and video material that otherwise would have been part of their shows.” The Aug. 1-16 events are free to online viewers.