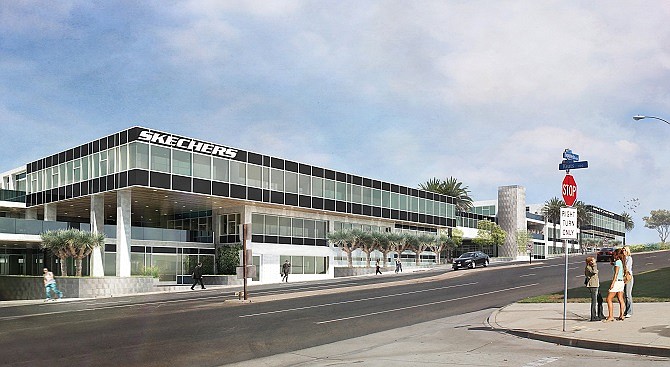 Skechers USA Inc. recently upped its short-term borrowing capabilities with a $500 million unsecured loan. The arrangement replaces the $250 million asset-backed loan that the footwear giant obtained in 2015, which was set to expire in June. The new five-year loan was funded by a group of lenders that included two subsidiaries of Bank of America Corp. as well as HSBC Bank USA and JPMorgan Chase Bank.

The funding will help boost capital expenditures, which the company expected to be around $90 million for 2019.

The total includes costs related to the construction of Skechers’ first distribution center in China, enhancements to distribution centers in Europe and expansion of its corporate headquarters in Manhattan Beach, according to filings with the Securities and Exchange Commission.

The company’s management said it considers retail expansion complementary to an overall sales strategy that includes ecommerce and wholesale.

“And so, then you have the other 90% that you know will resonate with consumers available, but you just can’t get it on display the way you’d like. … We made a lot of investments and will continue to make investments in ensuring we’re bringing the right omni-channel solution to our consumers,” Vandemore added.

The store count expansion will likely focus on overseas markets, which generate more than half of the company’s sales, according to Vandemore.

“Skechers today is the No. 3 footwear manufacturer in the world, and that fact catches a lot of people by surprise, he said. “A part of that is attributable to the fact that … more than half of our revenue is derived from outside the United States. I think that speaks to the global nature of our brand.”

Skechers posted $4.5 billion in sales in 2018 and was on track to exceed $5 billion for 2019. Its next earnings report is expected early next month.