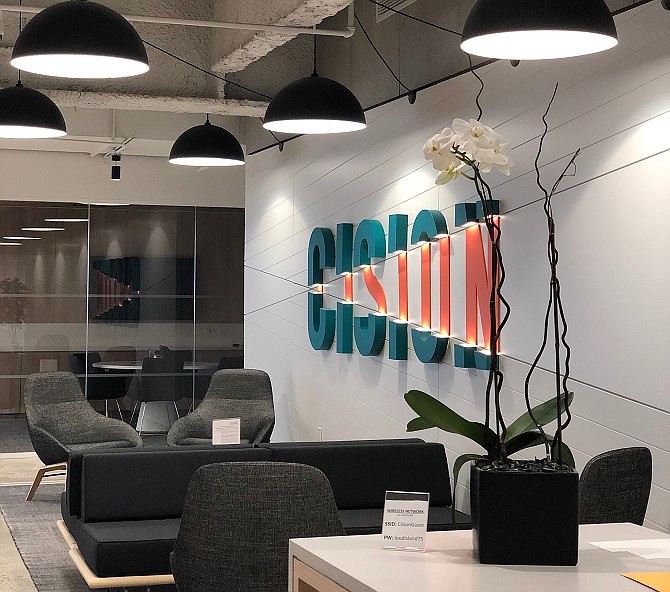 Platinum Equity will use its latest mega-fund to purchase Cision Ltd. for $2.74 billion.

Los Angeles has seen two private equity raises of $10 billion or more in the last two months, reaffirming the city’s position as a global business center capable of turning out massive pools of investment money.

One month later, Beverly Hills-based Platinum Equity announced that its latest fund had closed at $10 billion.

Platinum’s first purchase with that fund will involve the $2.74 billion buyout of Chicago-based public relations firm Cision Ltd. That single deal, expected to close in the first quarter, is worth more than the entire value of most private equity funds.

And these titanic raises could have been even bigger.

L.A.’s latest mega-funds — private equity funds topping $5 billion — were both oversubscribed. This means that the respective firms not only surpassed their initial investment targets but also likely turned away viable investors as the raises hit their respective hard caps.

Private equity fund sizes have ballooned in recent years, driven by factors such as growing investor demand, escalating deal sizes and increasing competition among firms in the space.

“There is a crowding in the space,” said Mehdi Khodadad, a partner at law firm Sidley Austin, which focuses on private equity. “You are seeing more and more funds trying to set themselves apart by getting larger.”

According to Khodadad, bigger funds are often more likely to attract investor attention than their boutique counterparts. This is doubly true for those with strong track records like Leonard Green or Platinum Equity.

“People are wanting to put more capital to work with these specific funds,” he said. “You are seeing a divergence between the haves and the have-nots in terms of the money managers.”

Mark Barnhill, the Platinum Equity partner who led fundraising for the firm’s latest mega-fund, said in an email that three-quarters of its investors had participated in previous Platinum funds. Investor demand for those funds also outstripped supply, according to Barnhill.

“For example, say there is a very interesting financial services company in China that is not well-known to Americans,” said Burke Dempsey, head of investment banking at downtown-headquartered Wedbush Securities Inc. “You’ll need a local team of highly educated Chinese nationals to do your due-diligence.”

Dempsey said the heavy investment required to recruit this team would be more feasible for a large fund. Such a vehicle would also give fund managers the option to pivot to different markets, if required by changing economic or political conditions, according to the Wedbush executive.

Yet, such large funds also have downsides. Chief among these is the pressure to focus on large investment targets at the expense of small and medium-sized opportunities. Having generally fewer large targets in the market can restrict the variety of investment options available to multibillion-dollar funds.

“They are stuck in their role as a mega-

fund,” Dempsey said. “Sometimes that means these big firms can’t do some of the more interesting deals that a smaller firm might.”

“One of the biggest challenges for these mega-funds is to deliver the same returns as a smaller fund,” said Khodadad. “The worst thing that could happen is raising a mega- fund and have disappointing results.”

In part to mitigate this risk, managers turn away would-be investors once their funds’ hard caps have been reached — a phenomenon which has also become increasingly common in recent years. Six of the seven Los Angeles raises over $1 billion in the last two years reached these hard caps.

On a broader level, the concentration of investment dollars in mammoth funds could also increase market risk, according to Pepperdine University finance professor Clemens Kownatzki.

“Any time you have more money chasing fewer deals, that adds to systemic risk,” he said.

According to Pitchbook’s fourth-quarter 2019 private equity report, the number of U.S. deals has been trending steadily downward for the past two years. The last quarter of the decade saw just shy of 900 private equity deals nationwide, down from more than 1,300 in the same period of 2018.

Kownatzki said this trend is likely to continue into the new decade with funds growing ever-larger as they compete for a shrinking deal pool.

The finance professor also predicts that these growing funds could drive another trend in the private equity space — coalition deals.

Kownatzki said he expects an uptick in these types of deals as mega-funds look to remain nimble and mitigate risk through increased portfolio diversity.

“These (coalition deals) also get investments vetted by more eyes,” he said, adding that this additional scrutiny can help shore up management strategies and support better performance.

Although largely ambivalent about the overall effects of private equity on society, the professor said he worries that the nonstop growth could eventually lead to overconfidence in the space.

“It reminds me of the early 2000s when people said that the real estate prices will never go down,” said Kownatzki. “You sort of have a generation that has only known a bull market.”

“I’m not suggesting markets are going to go down, but, sooner or later, there has to be some sort of pause,” he said.