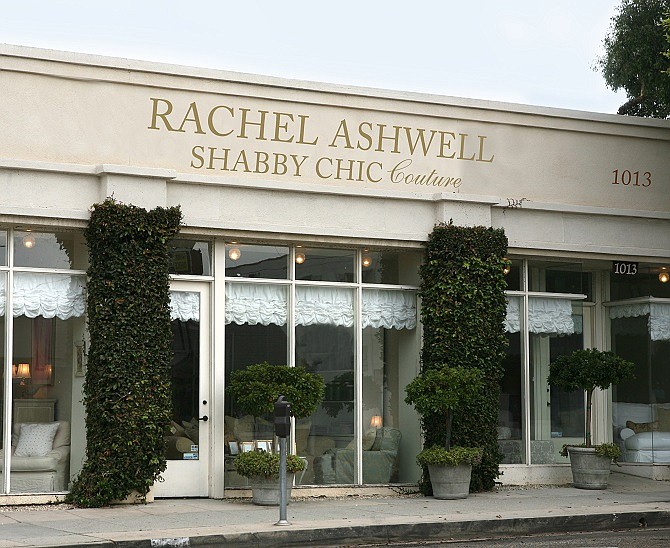 Liliput & Co., which does business as Shabby Chic, the home goods brand known for its rustic furniture and ruffled drapery and bedding, is aiming for another area of the house — the closet.

“I’ve been dressing people’s houses for all these years, and I felt that now’s the time to bring that same philosophy into the clothing world,” said Rachel Ashwell, the company’s founder and president.

“That’s also been the biggest question that I’ve been asked for years, ‘When are you going to do clothes?’” she added. “It’s such a natural progression because I’m always dealing with beautiful prints and details, and vintage-inspired is so big now.”

The 20-piece collection will launch Jan. 30 at Dillard’s Inc. and Mixology Clothing Co. stores as well as at shabbychic.com and Ashwell’s Santa Monica store. It will include “feminine” dresses, pants and blouses ranging from $48 to $168.

“I like things to be timeless whether it’s a sofa or a blouse,” Ashwell said.

She’s not chasing the fashion-forward look, she explained: “That’s going to be a big wow today and have no value tomorrow. My hope is everything that I design is always going to be a future heirloom from a standpoint of quality and aesthetic.”

She’s also counting on Shabby Chic’s 30-year legacy to separate her apparel collection from the competition, much like, she said, “when you see a Ralph Lauren shirt on a rack with a million other people’s shirts, but because you have so imprinted what his aesthetic is, it carries it even when you see it amongst everybody else’s.”

To launch the line, Ashwell collaborated with Mod Stage Apparel Inc., a Walnut-

based apparel manufacturer that owns a textile and garment manufacturing facility in China and can quickly react to sales and scale production.

“It felt very important to me that this was a real, true collaboration and not just ‘Oh here’s my label and do whatever you think is right,’” she said. “I worked with a couple of great designers who were able to help me translate all the things that were important to me and make them commercial, both from the standpoint of being easy to wear but also price-point conscious.

“I really learned a lot, and I think the end result is a well-thought-out, commercially useful, beautiful collection.”

Ashwell is “right on target” according to Ilse Metchek, president of the downtown-based California Fashion Association.

“The trend is vintage, reuse, all those phrases, and that Shabby Chic is part of it — that’s a very good thing,” Metchek said. “She already has that customer. … She’d be silly not to do it.”

Shabby Chic has 25 employees, and Ashwell said the company generated “just over $100 million” in revenue last year, 70% of which came from retail and online sales.

The rest of the revenue, Ashwell added, came from dozens of licensing deals, “across all different categories, from pet beds to rugs to fake flowers.”

Ashwell launched the Shabby Chic brand in 1989 with a store in Santa Monica. Her big break came in 1996, when Oprah Winfrey raved about Shabby Chic’s T-shirt sheets on her namesake TV show.

That led to a substantial uptick in business volume and a bedding collaboration with Target Corp. that started in 2004 and is still going strong. Shabby Chic’s design team meets with the retailer once a year to decide on new collections, which are then manufactured by Target’s vendors. 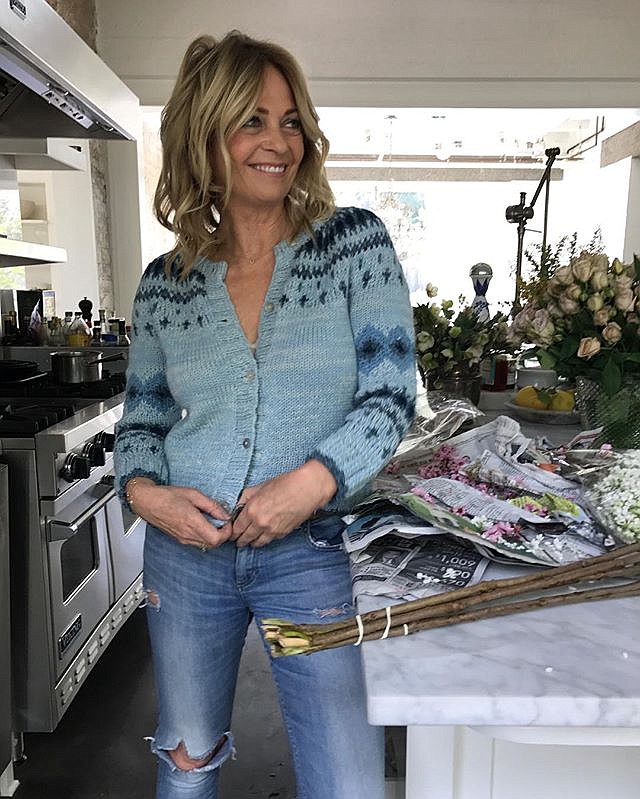 “That’s been fantastic as far as reaching to the whole of America,” Ashwell said. “Especially when you only have one store.”

Shabby Chic had grown to 15 locations after Ashwell took on investors to expand the brand’s retail footprint. Then the recession hit in 2008 and, she said, “the world went belly up.”

The company filed for bankruptcy and was acquired in 2009 by Santa Monica-based Brand Sense Partners. Ashwell continued to operate four stores under a license, along with Prairie, a bed-and-breakfast in Texas that she used to host weddings.

She regained full control of her brand in 2013 and has since adopted a more cautious business approach.

“As a designer, it’s very easy for me to get very carried away with labor of love projects,” Ashwell said. “It could look like a bedding collection that speaks to my heart, my soul and my mind, but it’s not ever going to be commercial because it’s just going to be too expensive. … I really learned that I have to be very careful with controlling my creative emotions. Now I find places to do that in my books or at a photo shoot because one of those bad decisions can put your business upside down quite dramatically.”

Ashwell is also committed to trusting herself more. She does not have a degree in design or business but relies on her 30 years of experience when it comes to Shabby Chic’s direction — a lesson learned during the ill-fated retail expansion.

“I knew in my gut some of those stores that we opened should not have been opened,” she said. “I just knew a customer wasn’t there, that the build-out was too expensive. But I kind of surrendered to who I thought knew more than me, and I’ve learned that gut of ours is a really good measure as far as right or wrong.”

“It’s so easy when things go wrong to dwell in the negatives,” Ashwell said. “I learned to stop and really pat myself on the back. Not in an ego-centric way, but to really take a minute when things are going well to absorb that because that gives you the confidence, and it gives you the spirit to continue.”