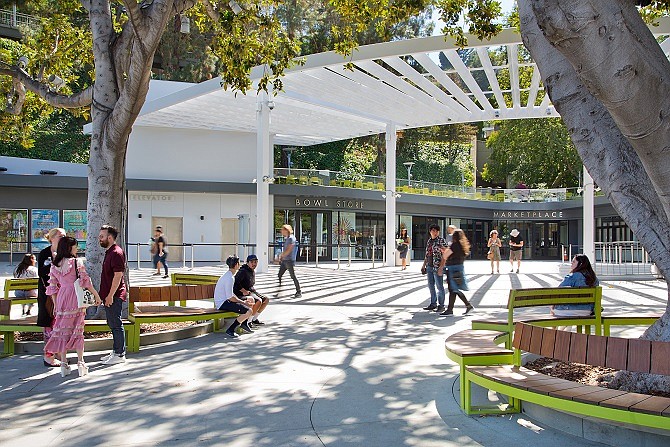 Clementi and Smith-Clementi, who are married, left RCHS after roughly 30 years in late 2019.

They are best known for projects such as the 10-year renovation of the Hollywood Bowl, the recently reopened plaza at the Music Center and improvements at the Greek Theatre.

“When you watch something happen gradually it’s hard to realize how much has changed,” Clementi said. “We started (RCHS) when it was mostly about four of us.

“In the 30 years or so, it’s grown to about 160 people,” Clementi added. “It was great, and we were doing great work, more even than we imagined that we could ever do, but we realized that more and more of our time was operating through intermediaries.”

Clementi said starting a new firm would allow him to work more directly with clients and end users.

Smith-Clementi added that the move would help them “move very quickly, be directly involved and be as nimble as possible.”

RCHS, Clementi and Clementi-Smith said, was very regional in its approach. Smith-Clementi plans to do more projects globally.

But expanding the new firm is not in the cards at the moment, they said.

“After so much growth over so many years, the desire now is to stay small and nimble,” Smith-Clementi said. “Right now, growth is not the biggest concern.”

Smith-Clementi already has a lot of design proposals out and one big project in the works that the two were unable to disclose additional details on, they said. Clementi said all the projects that were coming to them were larger than expected.

Because they are a smaller firm, the two have been doing more preliminary stage work.

“The contained nature of our entity means that we can work very quickly, very quietly and super effectively,” Clementi said.