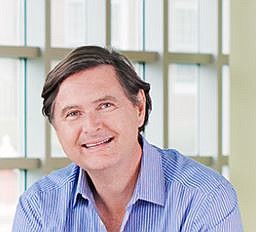 Hollywood business managers have long occupied a unique niche, taking a low-profile approach to keep private the financial affairs of the town’s wealthy and powerful.

For decades these boutique firms, mostly scattered across Los Angeles, made up a thriving industry within The Industry.

Then an 800-pound gorilla — Focus Financial Partners — came to town.

The New York-based, Wall Street-financed firm began gobbling up members of the carriage trade in 2017 in a historic aggregation. By 2018, there was some concern about what the future would look like for Hollywood’s independent business manager shops.

But today these nimble firms, buoyed by their clients’ demand for discretion and the wealth of the digital age, are enjoying renewed strength.

“When you deal with high-net-worth, high-profile clients, many have time-related issues,” said Hollywood business manager John McIlwee. For executives and talent, he maintains, that makes boutique firms the best option for rapidly and discreetly dealing with accounting, banking, insurance and paying bills.

Another reason smaller firms with a handful of employees are often preferred, McIlwee said, is clients don’t want too many eyes on their personal matters. McIlwee recently left Shephard McIlwee Tinglof Inc., which had 10 employees to form McILwee & Associates Inc., which has four employees.

To be sure, Focus shows no signs of leaving town. The Nasdaq-traded behemoth, with $1.1 billion in annual revenue, says it is eyeing additional targets after scooping up more than a half-dozen in the last three years.

Rather, the private equity that’s been buying its way into Hollywood service companies has been concentrating on talent representatives, who negotiate jobs, and talent managers, who oversee careers, rather than business managers.

This includes PE firms taking stakes in Hollywood’s top talent agencies: Just last month, Crestview Partners bought one-third of ICM Partners for about $150 million, according to a source familiar with the deal.

Historically, buyers worried that taking over Hollywood service companies was a fool’s errand: The acquired companies’ assets, primarily executives in an industry built around personal relationships and strong personalities, were prone to walk out the door when they sniffed a loss of autonomy, explained Afshin Beyzaee, a Century City-based partner of international law firm DLA Piper.

But now, said Beyzaee, who represented several business management firms in their sales to Focus, buyers have learned to lock in executives with contracts that give them stakes in continuing to build the firms.

Focus maintains that rolled-up clients still receive concierge-level attention, pointing to how the company allows its acquisitions to retain their names and a degree of autonomy. Focus also says it brings managers and their clients economies of scale.

“Focus is about independence; it is about access to value-added services and access to permanent capital,” Ruediger Adolf, the company’s chairman and chief executive, told an investor’s day conference in November.

For many founders of Hollywood business management firms, there are certainly incentives to sell. Dozens have reached retirement age, having opened shop during their industry’s boom years of the 1980s and 1990s.

“Something has to happen in the next five years,” said Mickey Segal, NKSFB’s managing partner and an elder statesman among Hollywood business managers.

“A lot of the big players have already been gobbled up,” said Brandy Davis, a Beverly Hills-based business manager and partner who heads the entertainment, sports and media practice of MGO, a national accounting, consulting and business management firm.

But, Davis added, “there are still opportunities” for entrepreneurs, especially those well connected to established Hollywood lawyers, talent agents and talent managers who can refer new clients.

Moreover, the marketplace is growing, bolstered by digital influencers who can use their vast followings to land endorsement deals and launch their own product lines. At the same time, traditional talent is now diving for digital deals.

“Most of my clients are multi-hyphenate film and TV people who are also getting social media brand deals,” said Belva Anakwenze, the West L.A.-based principal of Abacus Financial Business Management. She has just a half-dozen employees.

And there are cautionary tales about cornering the Hollywood business manager market.

Which poses the question: How well will Focus and the locals coexist in a culture not known for poaching clients? Stay tuned.