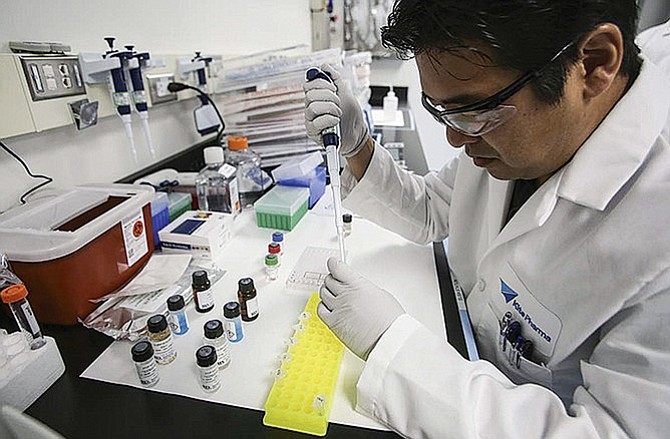 Under the fast-track designation, the FDA must decide within six months whether to approve the drug, known as KTE-X19.

If approved, Kite would become the first company to have multiple drugs using chimeric antigen receptor technology, where the body’s T (immune) cells are transformed to attack cancer cells.

One such drug that Kite developed is currently on the market under the name Yescarta, which has been approved for treatment of large B-cell lymphoma.

In a phase 2 trial, KTE-X19 achieved a 67% “complete response” rate — meaning no observable cancer cells — among lymphoma patients participating in the trial, Kite said in the announcement.

“Based on the encouraging results for KTE-X19, we are eager to continue discussions with the FDA on how to bring this innovative treatment to these patients,” he added.

If the FDA approves this drug, it could expand the market for Yescarta and demonstrate that Kite’s T-cell therapy platform is versatile and can target more than one type of cancer, said Ahmed Enany, chief executive of the Southern California Biomedical Council, a downtown-based industry group.

Kite’s work related to the drug is being conducted at its Santa Monica headquarters, at a T-cell therapy manufacturing facility in El Segundo and at a recently announced Yescarta production facility in Frederick, Md.