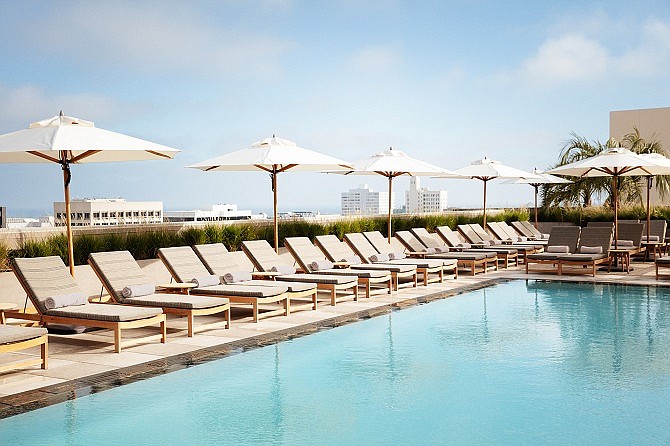 Last year was a big one for both hotel openings and hotel construction in Los Angeles County.

Statewide, there were 92 hotel openings last year, for a total of 11,795 rooms. According to data from Atlas Hospitality Group, 212 hotels with 28,102 rooms were under construction.

The numbers do not include most repositionings, renovations or brand changes.

“We are seeing a big uptick in new supply that maybe hasn’t been added to the inventory in the last seven or eight years.” Atlas Hospitality President Alan Reay said.

Reay said the availability of construction financing, record revenue and profits for hotels, along with the high cost of purchasing existing hotels, has encouraged developers to build new product.

He said Atlas is forecasting that a record number of hotel rooms will be added in California and Los Angeles in 2020.

That construction boom could have a downside, though, with experts predicting that revenue per available room will flatten out. The last time this happened, Reay said, was in 2009.

Brian De Lowe, president and co-founder of Proper Hospitality and a Santa Monica resident, called it a “game changer for the Westside of L.A.”

“It was a long time coming,” De Lowe said. “The permitting process actually started over 15 years ago. It’s really the first luxury lifestyle hotel to open (in the area) in over two decades. ... This is the first purpose-built luxury hotel in Santa Monica maybe ever.”

He said the hotel, which takes a more “laid back approach to luxury,” has been at almost full, if not full, occupancy and has become a gathering spot for locals as well.

Down the coast, the appeal to both locals and out-of-town guests has made the AC Hotel Los Angeles South Bay successful, according to Doug Warren, regional director of operations for the hotel’s owner, Welcome Group Inc.

“When we originally looked at the site, I thought it would be a little tough to sell to people, but the proximity to LAX made it viable,” Warren said of the property, which is located near the airport in El Segundo.

He added that Welcome Group has found that “people in the area were craving” an option where they could go without driving.

The hotel’s European feel, small-plate dining and craft cocktails have helped it stand out, he said. The AC Hotel does not have a pool, which Warren said scared him at first, but the rooftop space has done a good job of bringing people in.

For the Palihotel in Culver City, food and beverage are also important.

Other Palihotel branded hotels opened in L.A. last year as well but were not included in Atlas Hospitality’s data.

“Our sweet spot is opening hotels that are not these giant properties,” founder Avi Brosh said. “Ours tend to be a little smaller and more neighborhood focused.”

The group’s Culver City hotel has 49 rooms while its Westwood location has 55 rooms, and its Silver Lake Pool & Inn has 54 rooms.

“The idea is to create this hub and a place that the locals can champion and be proud of,” Brosh added.

The group has another L.A. hotel in the works as well.

Three of the nine new construction hotels to open in 2019 were downtown.

They were the 174-room Hoxton Hotel at 1060 S. Broadway, the nine-room Arts District Firehouse Hotel at 710 S. Santa Fe. Ave. and Soho Warehouse, a membership club with 48 hotel rooms.

“The hospitality sector is really blossoming in downtown and doing very well,” said Nick Griffin, executive director of the Downtown Center Business Improvement District. “There has been increased tourism overall.”

He said a lot of this is “cultural tourism,” and some is business travel led by an increase in creative industries in the area and an expanding Convention Center.

Griffin added that there are more than 2,000 hotel rooms under construction in the area, some of which will open in 2020.

“A lot of the (hotels) that are under construction now are more of the boutique hotels, and then there’s another wave behind that of the more convention-serving hotels,” he said.

Reay said one of the reasons so many hotels have opened downtown is incentives.

“The city has been very aggressive with incentives for hotel developers with tax rebates,” Reay said, adding that the number of businesses to open in the area have made it appealing to developers.

BLVD Hospitality owns the Hoxton hotel and the building that houses Soho Warehouse.

Jon Blanchard, BLVD’s co-founder and chief executive, said a focus for all of the group’s projects is hospitality and connections.

“We’ve always believed that the social interaction person to person is one of the most important things in hotels today and probably has been for the last five to 10 years if not more,” Blanchard said. 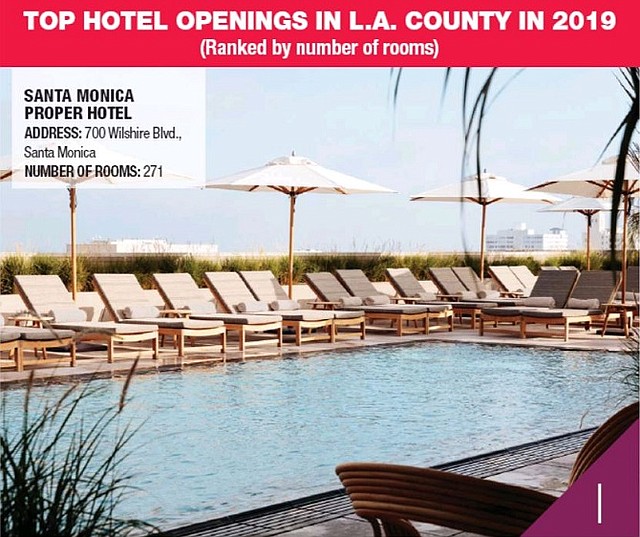 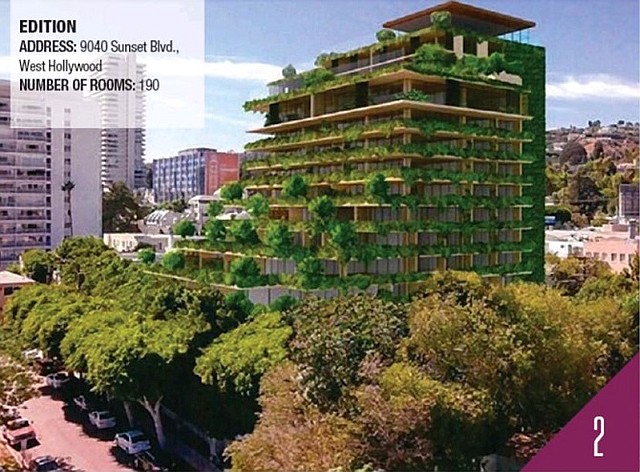 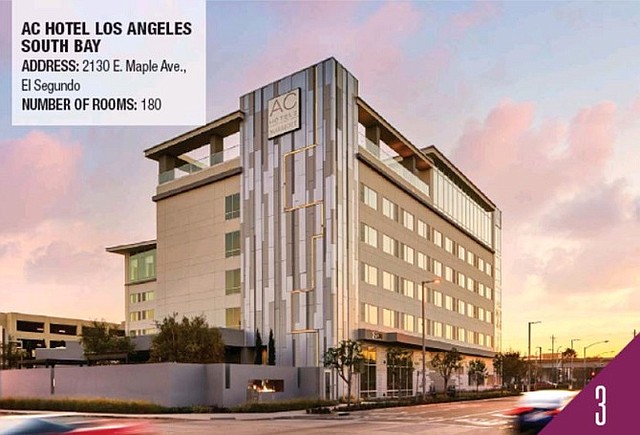 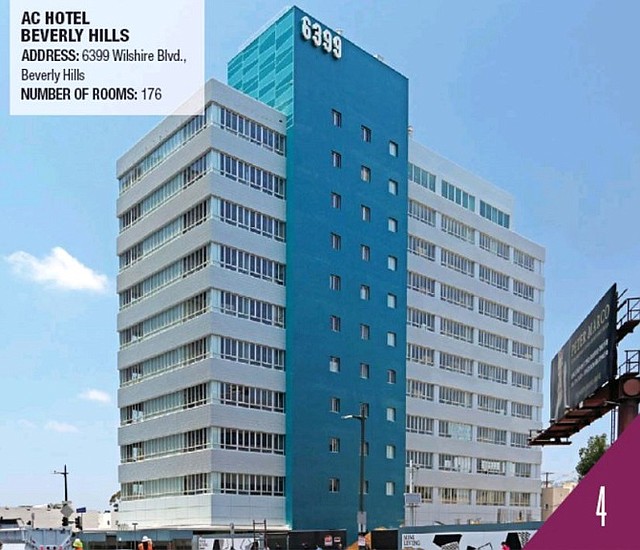 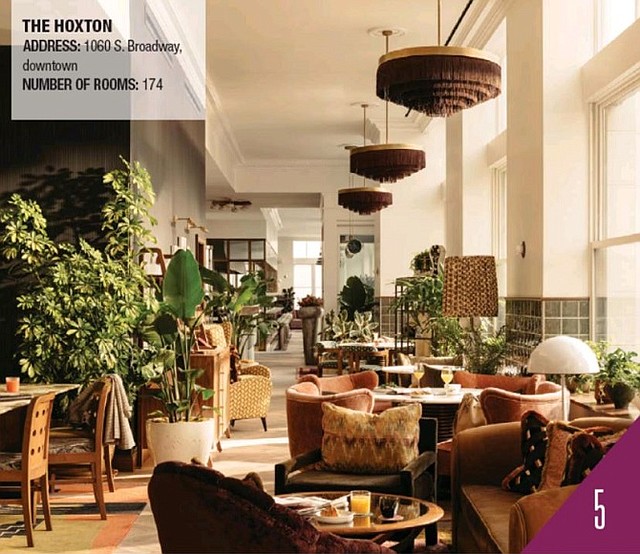 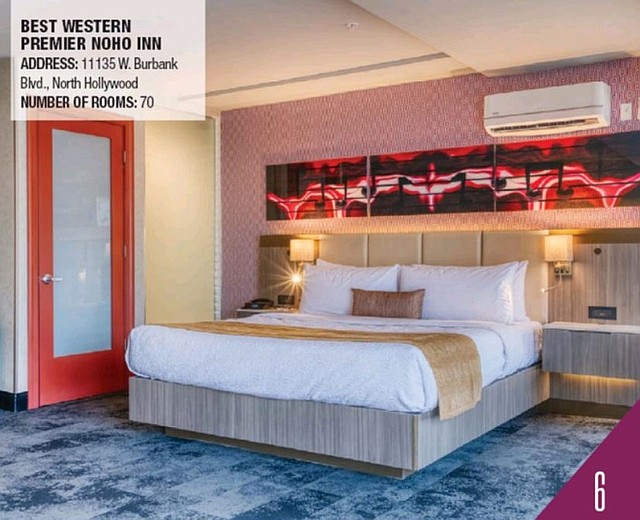 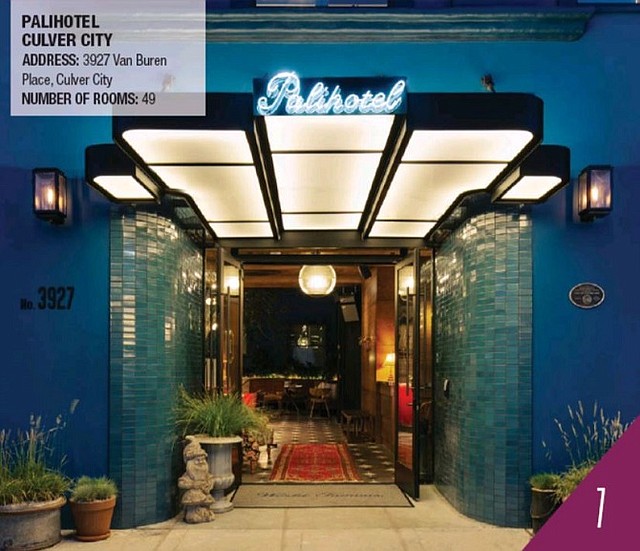 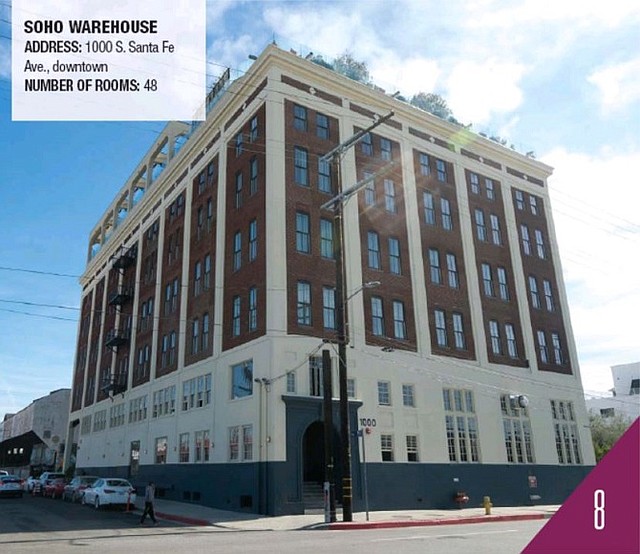 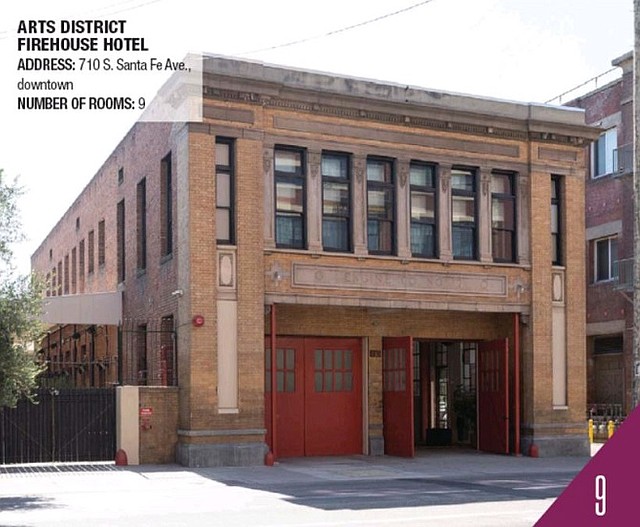