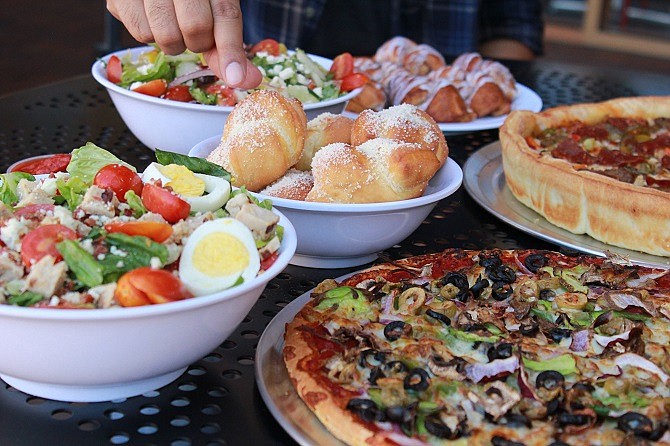 Fresh Brothers, the Inglewood-based pizza chain, has appointed Geoffrey Goodman as its third chief executive since the company was acquired by Nolan Capital Inc. in 2016.

Goodman replaces Christopher Fox, who had taken over from founder Adam Goldberg after Goldberg withdrew from running day-to-day operations in 2017.

“We were impressed with Geoff’s talent and tenacity to grow our brand,” Nolan Capital Chairman Peter Nolan said in a statement. “So it’s a pleasure to welcome him to the Fresh Brothers executive team. We look forward to achieving many brand milestones with Geoff’s expertise and dedication leading the charge.”

Goodman has held executive posts at Texas-based Cici Enterprises and Round Table Pizza, based in Atlanta. He said he plans to focus on helping Fresh Brothers “refine its systems and processes, and then chart a path for growth.”

“It’s amazing how the pizza industry has evolved in the past several years to become very technology-driven,” Goodman said. “If brands are not focused on being just as good a technology company as they are a food production company, they’ll probably fall behind.”

“You have to focus on the infrastructure, not just in the kitchen but on the technology side of things, otherwise you run the risk of not being able to connect with more and more mobile-enabled consumers. Just having a great product isn’t enough,” he said.

Goodman said he plans to improve Fresh Brothers’ app and its online ordering process to better “navigate the world of third-party delivery (which is) such a huge driver within all restaurants today.”

“We became fast friends, and when the company was going through the CEO search, Adam made an introduction to our ownership group,” Goodman said. “I was able to build the relationship there.”

Goodman said he saw potential in the pizza chain’s vegan, gluten-free and keto-friendly options, which make Fresh Brothers popular with a growing number of consumers who prioritize healthier food choices.

“Even if there’s just one or two people in the household who are diet-conscious, we can be their solution for the family pizza night,” Goodman said.

Fresh Brothers has grown from 16 to 20 stores under the ownership of Hermosa Beach-based Nolan Capital. Its revenue increased to $26 million from $22 million, while its employee count remains around 500.

Goodman said the company plans to expand further in California but declined to disclose specifics.