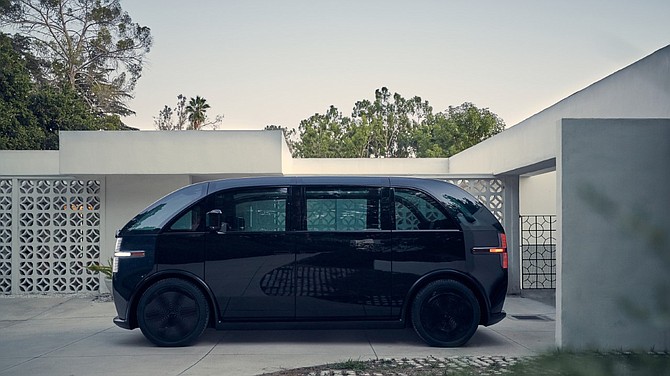 The company will merge with Hennessy Capital Acquisition Corp. IV, a special purpose acquisition vehicle, or SPAC, and list on the Nasdaq under the ticker symbol “CNOO.”

The transaction will provide $600 million in total capital, according to Canoo, and give the company a pro forma market valuation of $2.4 billion.

Launched as Evelozcity Inc. in 2017, Canoo rebranded early last year. The company places heavy emphasis on its proprietary “skateboard” platform, which it calls the “world's flattest,” and is able to support a wide range of vehicle applications.

Skateboards, so named for their skateboard-like appearance, are an increasingly common form of electric vehicle design that can provide a low center of gravity and maximize interior vehicle space.

The company in September unveiled its first prototype vehicle, which Canoo calls a “loft on wheels” and looks more like a small bus than a traditional car.

The vehicle will only be available by subscription, the company said. It was originally slated for launch in early 2021, but appears to have been delayed to 2022, according to a Canoo statement.