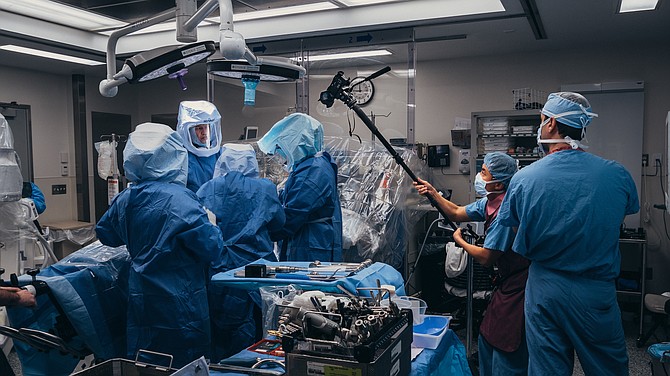 Health care venture firm Wavemaker Three-Sixty Health is stepping up the timeline for its latest fund in response to what it calls a pandemic-driven “surge in demand for all things health care innovation.”

The Pasadena-based fund is targeting a raise between $50 million and $100 million for investments in early stage health care startups, according to Jay Goss, a general partner at Wavemaker.

“We’re looking at companies that are fighting the good fight on Covid-19 and that can scale up quickly to widespread use in the U.S.,” Goss said.

Goss defines the fight against the coronavirus broadly, including not only more obvious pursuits like test kit development but also tools that assist doctors and health care industry infrastructure.

Prior to the pandemic, Wavemaker had intended to launch its second fund in the latter half of this year.

“We started getting phone calls from our investors asking when we were doing our next fund,” Goss said. “We realized that … there is much more demand for these products than there used to be.”

Wavemaker plans to steer clear of biotechnology investments, such as drug development, which Goss says would see limited benefit from its investor network. A majority of Wavemaker’s 80 limited partners are health care industry leaders, such as hospital and insurance executives, according to Goss.

“We also avoid (biotech) because, in our backyard, San Diego does it very well,” he added.

The new fund’s target is a big step up from Wavemaker’s first raise. That 2018 investment vehicle closed at $17 million, which the firm has invested in 29 portfolio companies to date.

Many of them have seen spikes in demand since the pandemic’s onset, according to Goss.

Under normal circumstances, most doctors attend conferences to hear lectures and watch demonstrations to fulfill their continuing education requirements. With such gatherings canceled nationwide, Goss said there has been a leap in demand for Giblib’s remote learning alternatives.

“You want our doctors to know the most up-to-date techniques,” Goss said. “With the whole conference industry shut down, this online learning is the only way they can get that.”

The Wavemaker partner said he is confident that a similar Covid-driven boost to other innovative health care products, as well as hard hits to many typical investment options, will drive strong interest in his firm’s new fund.

Wavemaker aims to raise roughly $25 million for the new fund by June. The remaining $25 million to $75 million will be raised across the rest of the year, according to Goss.