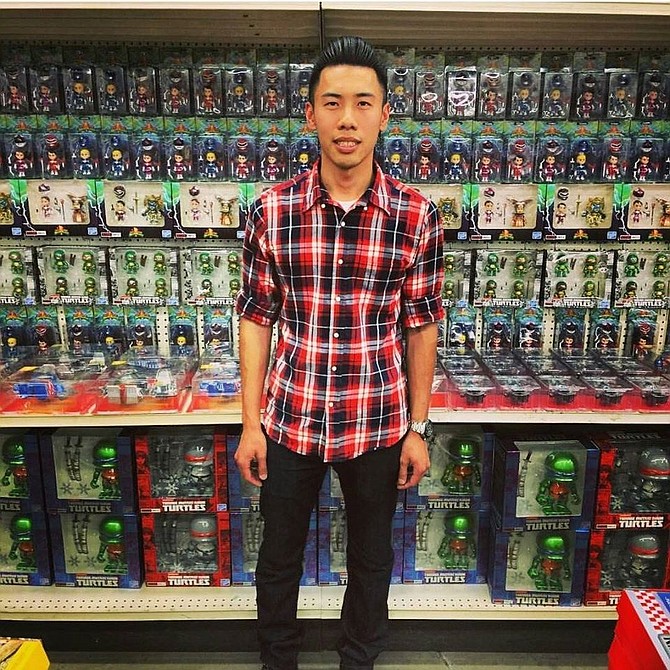 Jigsaw puzzles are “the new toilet paper,” according to Jill Wahlquist, vice president at Tom’s Toys.

Wahlquist laughed as she recalled making the quip during a conversation with an employee at the flagship Tom’s Toys store in Beverly Hills. Founded more than 50 years ago, Tom’s Toys also has locations in Montrose and San Luis Obispo.

Wahlquist confirmed that during today’s long hours of sheltering at home, jigsaw puzzles are indeed as popular and as hard to come by as T.P. during the early days of the Covid-19 crisis, when shoppers raced to stock up on essentials. 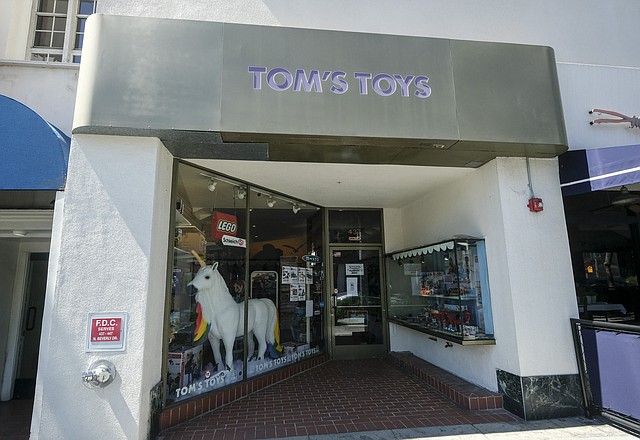 Tom’s Toys has been closed to foot traffic in recent weeks, but the stores have been trying to meet demand for merchandise with limited shipments and deliveries. Jigsaw puzzle orders are being fulfilled via Tom’s Toys’ Amazon store.

“We have pretty much sold out on puzzles. We are ordering jigsaw puzzles from our manufacturers by the pallet load,” Wahlquist said. “Half of the customers who are calling me right now want puzzles.” 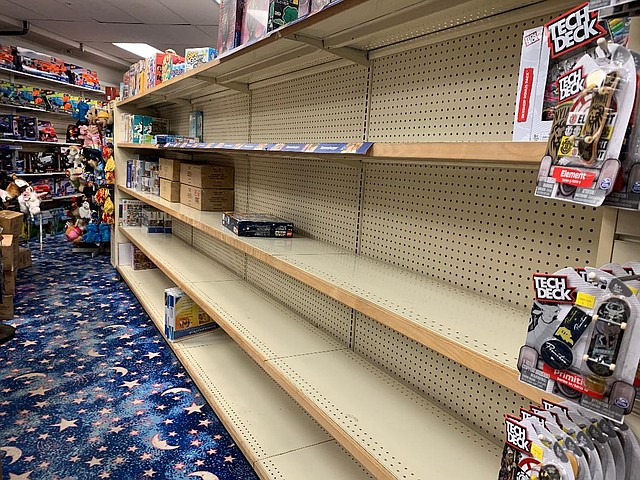 Tom's Toys was one of several stores to have a run on puzzles.

She reported that puzzle sales from mid-March to early April, approximately one month, have risen 900% compared with the month of January.

This impressive statistic refers not to simple puzzles designed for toddlers, but to 3D jigsaw puzzles and jigsaw puzzles with more than 500 pieces for the mature puzzler.

“The rest of our business has dropped to near zero, so we’re still not flourishing,” Wahlquist said. “But at this point, pretty much any business is good business.”

The problem is getting ahold of the jigsaw puzzles customers crave, she added. “A pallet holds approximately 300 (boxes of) 1,000-piece jigsaw puzzles, and these puzzles are shipped from Northern California and the East Coast,” Wahlquist said. “The manufacturers are located in Spain, Germany and Italy, and many of the factories there are currently closed.”

Kit Kraft Inc. arts and crafts shop in Studio City has been in business since 1946. Shop staffer Edward McGlynn said in ordinary times, this neighborhood haunt does little online business because it can’t compete with Target for most of its wares.

However, McGlynn said customers anticipating the call to shelter at home flocked to the store on its last open Saturday, March 14, and cleaned out three-quarters of the store’s jigsaw puzzle stock.

Said Kit Kraft owner Mike Sitkin via email, “The sad part is now that we have sold a good portion of what we had, our suppliers are either sold out or on lockdown and aren’t able to send us what we need to replenish our inventory. That being said, we do still have a relatively good stock available.”

Sitkin added that he has a jigsaw puzzle laid out on his dining room table. “Most of our customers indicated they were looking for good medium- to long-term projects for themselves and their families,” he said. “Right now, a lot of people I talk to are telling me they are having trouble staying focused on any given tasks for any length of time. I think the puzzles offer a good outlet since they can be done just a little at a time.”

Tommy Yip, president of Tom’s Model, a family-owned business open for more than 40 years in downtown’s Toy District, said the store does not sell jigsaw puzzles, but said the DIY crowd has been purchasing paints, model craft kits and Lego building sets and kits.

Yip said it would be hard to estimate a climb in Lego set purchases since the store has only been selling them since February.

He said model paint purchases have increased by 40% since the store closed to foot traffic and later was closed to contactless purchases at the store as of March 17. “There is still an infinite rush for paints and Lego kits,” he said.

Yip said it was lucky the store had a strong online presence to keep sales going.

“We were fortunate enough to jump onto the online market,” he said. “We do have a large Instagram following, close to 19,000 followers. It’s a worldwide base, and we have an internet social presence online. We can pitch new products that come in. We try to get our products to our customers efficiently every day.”