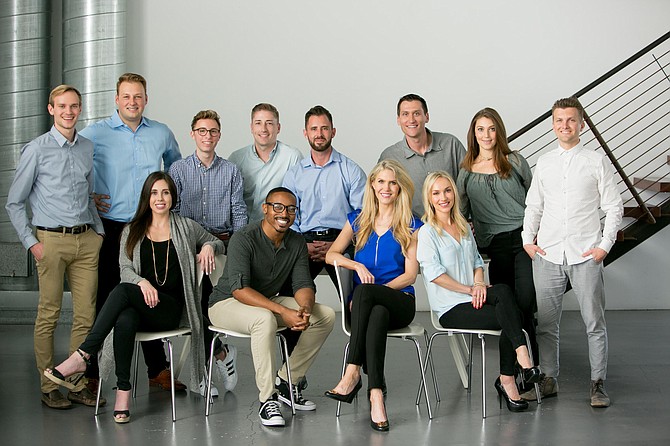 It’s the one of the few ways he can connect with his congregation since California ordered its roughly 40 million residents into lockdown.

Mesa’s church, which is based in Rancho Cucamonga but holds regular services in Pomona, has been streaming services daily since the lockdown was enacted.

Mesa said that more than half of the church’s 12,000 members are registered users of Santa Monica-based Pray’s website and social media platforms.

Pray is among a fortunate handful of companies whose businesses have actually benefited from the statewide shutdown that has closed all “nonessential” businesses such as bars, dine-in restaurants, non-grocery retail and movie theaters.

With even public outdoor spaces closed, many residents have found digital platforms like Pray.com to be an escape.

“Business has been booming,” said Steve Gatena, Pray co-founder and chief executive. “We’ve seen a massive increase in installs, trial starts and listening minutes across the board.”

Gatena added that his company reached record revenues in March and is on track for 25% revenue growth in April.

Much of the Pray application is built around real-life church groups. Members can request prayers, engage in discussions with their congregations and even flag their prayers as answered.

Faith leaders can use the platform to view analyses of their community’s engagement on the platform, as well as to solicit and receive donations, which are processed by digital payments company Stripe Inc. Pray absorbs the transaction fees, Gatena says.

Pray’s only revenue stream is subscriptions that entitle people to listen to a library of original audio content — including Bible meditations, Bible stories for children and bedtime Bible stories — which Gatena likens to radio dramas.

Pray does not charge for its other features, such as its social media functions and daily audio prayer verse. And during the shutdown, it’s offering free access to its children’s Bible stories and Bible meditations.

Gatena’s observations align with what Mesa of Abundant Living Family Church has seen in the last few weeks.

“We are seeing an uptick on everything digital,” he said. “(We’re seeing) upticks in prayers on Pray.com, community interaction on Pray.com, people using the content on Pray.com.”

“I’m actually working on a relationship podcast together with my wife now,” he said.

Mesa said he and his church are not paid for the content they post on Pray. The pastor added, however, “I’m not too concerned about the back end and who gets what cut.”

“Ministries like us, our goal is to put content out there to encourage people,” he said. “We care about reaching people more than anything.”

Even those more focused on financials, such as Science Inc. founder and chief executive Michael Jones, see a bright future for Pray.

Jones’ Santa Monica-based venture capital firm has participated in both of Pray’s funding rounds, which have netted $16 million in investment capital to date.

Jones said he sees an opportunity for Pray to become the faith-based social networking equivalent of career-focused LinkedIn or neighborhood social network Nextdoor. He added that the current coronavirus shutdown is likely to accelerate church communities’ adopting Pray.

“This is probably one of the first times in American history where churches are not open,” Jones said. “It’s forcing churches to go digital. We don’t know what the consequences will be yet, but it could affect this whole generation.”