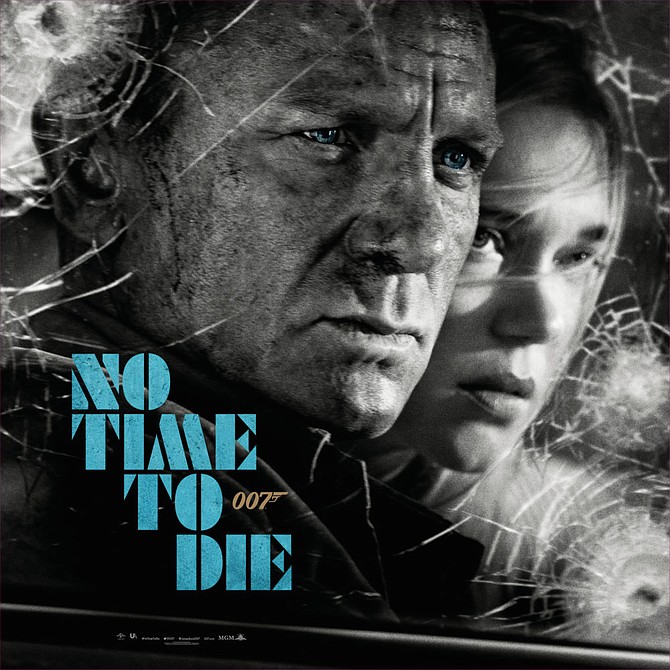 MGM spent a reported $250 million on production for the latest Bond film, which will be released in November.

James Bond’s mission to gin up a rebound for debt-laden MGM Holdings Inc. has been shaken, not stirred, by the Covid-19 pandemic.

Beverly Hills-based MGM had anticipated huge audiences for “No Time to Die,” the 25th installment in the Bond franchise, when the film was scheduled to open this month.

But with the coronavirus wreaking havoc and closing theaters worldwide, the company was forced to delay the release of the Daniel Craig-led blockbuster to November.

To be sure, all of Hollywood is suffering from virally disrupted film releases and production shutdowns. But none had such a venerated hero waiting in the wings for a third act rescue.

The company had hoped “No Time to Die” would ease the load from the $482.7 million MGM took as a 2019 noncash charge for goodwill impairment and diminished intangible assets at its Epix premium pay TV service, resulting from its $1 billion buyout of its Epix partners in 2017.

MGM is expanding Epix from its legacy as a linear TV channel package on cable TV by adding on-demand viewing.

In some ways, MGM finds itself caught in an awkward position. Business models in Hollywood are shifting in the face of the Netflix Inc.-led streaming revolution, which favors large and integrated companies. MGM is neither.

Once one of Hollywood’s proudest names, MGM today must decide whether to continue along its build-it-yourself track; arrange an equity infusion or other financing; sell off assets to raise quick cash; ease off the gas pedal on content production to save money; pursue a transformative merger; or, even sell itself.

To date, the company has been resolutely pursuing the build-it option.

After postponing the debut of “No Time to Die,” MGM on March 24 posted in an earnings statement that the coronavirus “health crisis is disruptive to our business in the short term and that many impacts are timing shifts. Our business model remains strong and stable built on the solid foundation of our library that continues to generate consistent and reliable library cash flows.”

Taking stock of the virus-battered business climate, S&P Global Ratings affirmed its MGM outlook in a research update on March 27. “We expect the company’s leverage will remain elevated and its cash flow will remain negative in 2020, before significantly improving in 2021 as a result of these delays and time shift in production” due to pandemic dislocations, S&P credit analyst David Snowden wrote.

Though MGM earnings were down and debt swelled in 2019, there were bright spots, such as thriving TV program production, a content co-financing partnership that will lighten the load for content investment and a forecast that Epix will be cash-flow positive in 2020.

MGM, whose world-famous corporate signature is its roaring lion, is a onetime major studio that today is considered a large Hollywood independent with $1.54 billion in 2019 revenue.

Its library — 4,000 features and 17,000 episodes of TV shows — is primarily comprised of the historic United Artists archive, which includes the James Bond series, along with “Rocky” and many Oscar-winning films.

Company disclosures indicate that film and TV programs from MGM’s library throw off $285 million to $315 million each year in adjusted EBITDA. That is the cornerstone of the company’s corporate cash flow.

MGM no longer owns the historic MGM film library, which includes “The Wizard of Oz” and “Gone with the Wind.” That catalog is now distributed by AT&T’s Warner Bros. studio.

Because Hollywood library values can melt away if not updated with new films, MGM says it is spending about $1 billion per year to produce new content, up from about $650 million in 2018.

But the spending goosed MGM’s corporate debt to $1.82 billion as of Dec. 31, up from $1.46 billion a year earlier. That debt load pushes MGM’s corporate credit rating to the speculative grade — meaning junk bond.

The company still has breathing room because its biggest slug of borrowing — a $1.8 billion revolving credit facility — isn’t scheduled for repayment until July 3, 2023. Further, MGM has hundreds of millions of dollars in undrawn credit. And its cash-on-hand position is strong. Banking giant JPMorgan Chase & Co. is administrative agent for the big credit facility.

Though MGM is in a financial squeeze, there’s plenty of breathing space, says Hal Vogel, veteran media analyst and chief executive of Vogel Capital Management. The company can milk its library by licensing content to all comers in the video streaming wars — what is known as being an “arms dealer” with no allegiances — while also creating new content, according to Vogel.

“For a company of this size, that’s a plausible and reasonable strategy,” Vogel said.

An MGM watershed was the departure of Chief Executive Gary Barber in March 2018. Barber led the company after its 2010 bankruptcy — into which it had fallen when the physical DVD boom petered out.

He then steered MGM onto a conservative course and rode the video streaming wave that energized all of Hollywood. Barber cashed out his MGM stock for a reported $260 million.

He’s been replaced at MGM by an “office of the CEO,” which includes Chief Operating Officer Christopher Brearton, who joined shortly before Barber’s departure. Brearton had been managing the Century City office of law firm Latham & Watkins, where he had been advising MGM for 20 years.

Clearly pursuing the build-it strategy are private equity and other financial investors who became controlling shareholders as a result of MGM’s bankruptcy.

The largest is New York-based Anchorage Capital Group, with a reported 32% equity stake. The firm’s Kevin Ulrich serves as MGM’s chairman. Another is Dallas-based Highland Capital Management, reportedly with a roughly one-fifth ownership.

Ulrich, Anchorage and Highland all declined comment for this story.

MGM’s resurrected TV production business is particularly robust. The company produces the Emmy-winning TV series drama “The Handmaid’s Tale” for the Walt Disney Co.-owned streamer Hulu, and “Fargo” for the FX cable network. Last year alone, MGM produced 981 episodes for 41 shows, up from 792 episodes for 31 shows the year before.

Both Epix and Starz were purchased just as a long boom in cable TV peaked and consumers shifted to on-demand streaming.

At the same time, Moody’s cautioned in a June report that the company’s strategy of stockpiling debt in pursuit of corporate acquisitions and accelerated content creation “adds significant additional financial risk.”

Meanwhile, the iconic lion is biding its time until 007 can emerge from quarantine.