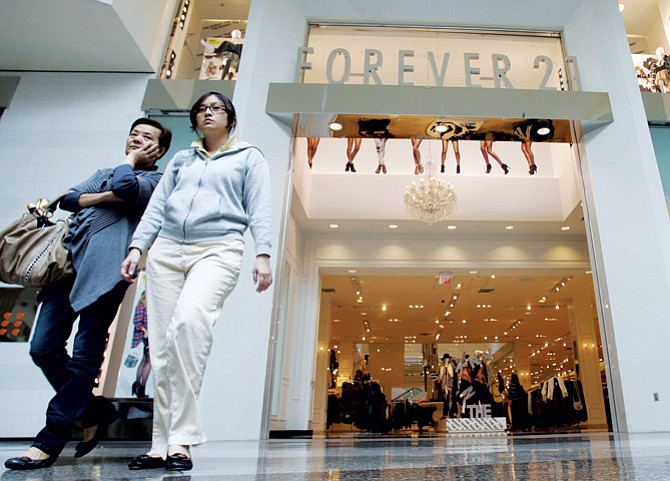 The fast-fashion empire of Forever 21 Inc. has become the latest in a string of mall retailers to fall as ecommerce overtakes traditional brick-and-mortar retailers.

The move had been anticipated for several weeks. The company seeks to close up to 178 of its 549 U.S. stores.

Started as a single store in Highland Park in 1984 by a Korean immigrant couple, Forever 21 employed 43,000 and had $4.1 billion in annual sales at its peak. The rags-to-riches story of Founders Do Won and Jin Sook Chang rags embodied the possibility of the American entrepreneurialism.

But Forever 21 could not escape the fate of other high-profile brick-and-mortar chains. Traditional retailers reported 7,000 store closings in the first half of this year, more than all of last year, according to a report from consulting firm BDO.

Family-run Forever 21 said it will not exit major U.S. markets but will shut down in Asia and Europe. The company’s storefronts in Canada, Europe and Asia averaged losses of roughly $10 million per month over the past year. Meanwhile, it will continue operations in Latin America and Mexico. In all, Forever 21 has about 800 stores around the globe and expects to shutter up to 350.

"This was an important and necessary step to secure the future of our company, which will enable us to reorganize our business and reposition Forever 21," Executive Vice President Linda Chang, the owners’ daughter, said in a statement.

The company owes $347 million to vendors and has about $227 million in loans, according to Jonathan Goulding, the company’s restructuring officer.

Forever 21 said the restructuring will allow the company to down size and return to its core business.

Declining mall traffic and waning interest in fast fashion presented a challenge for the company. Brands like ecommerce retailer Fashion Nova and Revolve Group Inc. have cut into Forever 21’s customer base while interest among Generation Z and millennials in secondhand and vintage clothing have made fast fashion less appealing.

For years, the company aggressively expanded its store footprints, building bigger spaces and filling stores with rack after rack of cheap styles mostly made in China. With more than two dozen sites around L.A. County, Forever 21 and its yellow bags were ubiquitous at shopping centers.

Forever 21 landed $275 million in financing from its existing lenders with JPMorgan Chase Bank as agent, and $75 million in new capital from TPG Sixth Street Partners, and certain of its affiliated funds. The injection of cash will be used to maintain business as usual operations at stores.