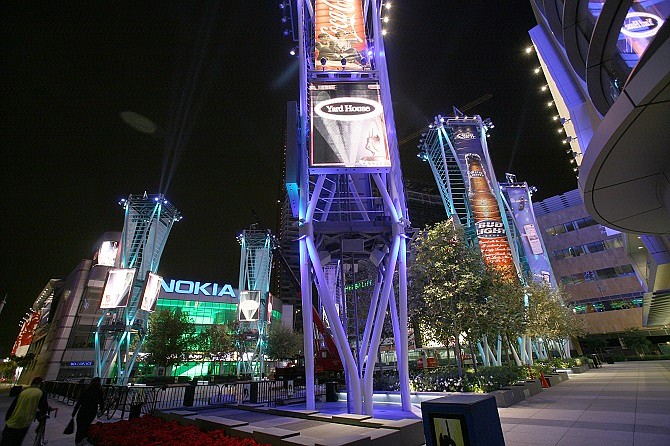 L.A. Live’s Microsoft Theater will host the Emmy Awards through at least 2022, according to a Sept. 3 announcement by Anschutz Entertainment Group Inc.

The contract extension with the nonprofit Television Academy, which operates the Emmys, continues AEG’s strategy of targeting award shows to lease its L.A. Live property.

L.A. Live also has ongoing contracts to host other award shows including the Grammys at Staples Center, and the American Music Awards and the ESPYs, at the Microsoft Theater.

L.A. Live President Lee Zeidman declined to say how much the North Hollywood-based Television Academy will pay AEG to use the Microsoft Theater, which has hosted the Emmys since 2008.

The Television Academy negotiated a four-year deal with AEG, as it has a four-year contract for FOX, ABC, NBC and CBS to alternate televising the awards show.

Downtown-headquartered AEG opened L.A. Live in 2007. Since then, the city’s number of large event spaces has grown, including adding new stadiums for football and soccer, and Madison Square Garden Co. has refurbished The Forum in Inglewood.

Zeidman declined to say which venues AEG competed with to continue hosting the Emmys. The AEG executive mentioned the city-owned Greek Theater, UCLA’s Pauley Pavilion and the Shrine Auditorium as competitors.

An earlier version of this story misstated the year L.A. Live opened. The entertainment district opened in 2007.