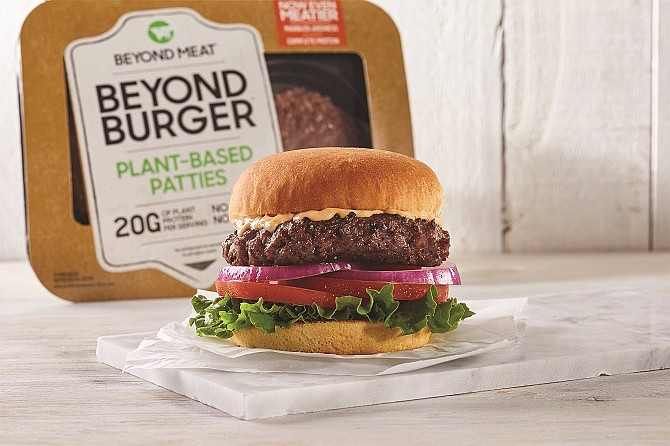 Shares of Beyond Meat Inc. fell sharply Oct. 29 as early investors got their first chance to sell stock, and analysts turned skeptical despite the company reporting its first quarterly profit.

The plant-based product maker’s stock closed down 22% as investors braced for a sell-off by insiders following expiration of the so-called lockup period, when early investors were prohibited from trading the company's stock.

Beyond Meat raised year-end growth forecasts during its earnings report Oct. 28, but some analysts said the company may not meet Wall Street’s goals.

Despite the sell-off, Beyond Meat’s shares are still more than 200% above their initial public offering price.

The company faces increasing competition in the meat-substitute market although Beyond Meat Chief Executive Ethan Brown downplayed concerns about new entrants in the market.

In third-quarter earnings reported Oct. 28, Beyond Meat revenue jumped 250% to $92 million, up from $26.3 million the in the same period a year earlier. About 45% of sales, or roughly $41.5 million, came from restaurants and food service establishments. The company has secured new deals with KFC Corp., McDonald’s Corp., Subway and Denny's Corp. — all of which are testing Beyond Meat products.

The company's solid earnings report is backed by a healthier balance sheet. Beyond Meat logged $4.1 million in income for the third quarter compared to a $9.3 million loss in the second quarter. The plant-based food-maker also raised year-end revenue projections of between $265 million and $275 million, up from a previously announced $240 million.

Brown said the company is looking to become an international brand and is laying the groundwork for broader distribution.