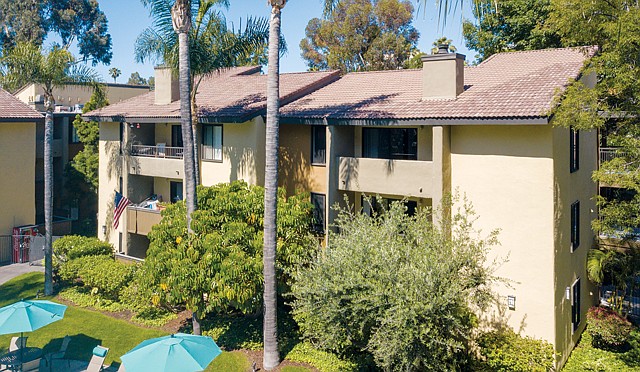 Close to Home: Decron is still buying in the “value-add sector of multifamily apartments,” like the $79 million, 250-unit Alura in Woodland Hills.

After being focused solely on California for the last 30 years, Mid-Wilshire based Decron Properties Corp. is turning its focus beyond the Golden State.

In the past year the group has purchased properties in the Pacific Northwest. Decron said it’s looking to grow outside of California, at least in part because of the legislative environment in the state, including a new rent control measure.

In October, Gov. Gavin Newsom signed a law capping rent increases at 5% plus the rate of inflation.

“We have been geographically diversifying our portfolio both from the perspective of investing outside of L.A. County and outside of Southern California,” said David Nagel, Decron’s president and chief executive.

In 2015, the group started buying beyond Southern California, picking up properties in the Bay Area. It now has five communities and 1,000 units there.

In 2018, Decron bought its first property in the Pacific Northwest and recently purchased its second outside of California.

The company has 850 units outside of California and aims to increase that number to 2,500 in the next five years. All would be in the Pacific Northwest, with a focus on Portland and Seattle.

Nagel estimates the push will amount to $500 million in real estate investment.

When deciding what properties to invest in, Nagel said he looks at current rent for a building and what that rent would be after Decron makes changes as well as how that number would compare to new product in the area.

“We need to know that there’s enough of a lift in order to achieve a reasonable return,” he said.

Decron spends around $10,000 per unit on common areas. The buildings the company looks at generally have 200 units or more, which allows renovation costs to be spread out over more units.

But that doesn’t mean Decron is abandoning California entirely. In September, the group closed on the 250-unit Alura in Woodland Hills. Decron bought the property from Cigna Realty Investors and Pacific Urban Residential for $79 million.

“We’re not running away from California,” Nagel said. “We are further diversifying our geographic reach, but we will continue to buy more assets outside of L.A. County and more assets in the Bay Area and more in Seattle. We remain focused on growing our housing platform and portfolio and on the value-add sector of multifamily apartments.”

The Alura property was already under rent control, which Decron said made the financial parameters clearer in purchasing the property as opposed to other multifamily properties where the effects were unknown.

Decron, Nagel said, is very focused on “middle-income earners” buying Class B or B-plus properties — as in nice but not luxury — in A or A-minus locations.

In the last year, Decron has purchased more than 1,200 units. Most of the buildings are slightly older properties that Decron plans to improve to “create a resort-style atmosphere,” Nagel said.

“There’s no difference between our communities and brand-new product other than price,” he said.

Decron properties are generally 15% to 20% less expensive for renters than new product.

The company has also been working to sell its office assets, including Ocean Plaza, an 8.6-acre complex in Huntington Beach. Onni Group of Cos. purchased the property this year for $97.3 million.

Nagel said multifamily properties were “more reliable because of the tremendous undersupply in housing.”

“It gives us a greater and more reliable opportunity for rent growth, which then drives value,” he added.