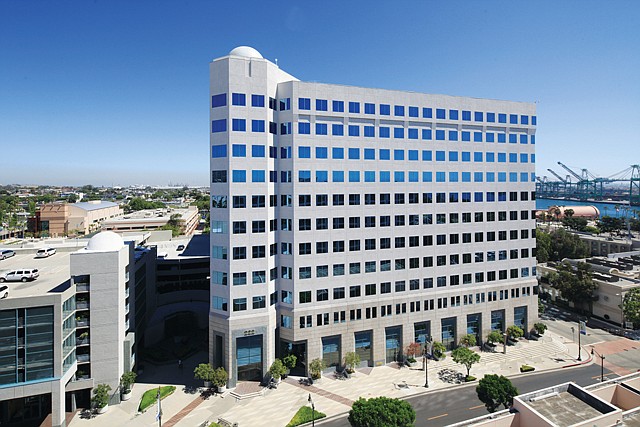 Newmark Knight Frank, which represented the seller, announced the deal Oct. 9. The buyer was self-represented.

NKF’s Kevin Shannon, Michael Moore, Ken White and Sean Fulp represented the seller in the transaction while NKF’s David Milestone and Brett Green secured a $39.71 million loan for the buyer.

The seller purchased the property in 2017 and put more than $8 million into upgrading the building with a renovated lobby and common areas, a clubhouse and a dog park.

“The seller completed more than 220,000 square feet of new leases, expansions and renewals during that short timeframe at rents up to and exceeding $3.00 FSG, which are historic highs and demonstrates amazing leasing velocity for this submarket,” Shannon said in a statement.

The roughly 293,000-square-foot office building is located at 222 W. 6th St. There is an adjacent seven-story parking structure and roughly 13,000 square feet of retail space.

The building was constructed in 1990 and was occupied by defense contractor Logicon Inc. The company was later acquired by Northrop Grumman Corp., which vacated the building in 2010.

“Downtown San Pedro and the Los Angeles waterfront are undergoing a major transformation into a true live/work/play destination with major projects in various stages of construction. All of the new development, along with many new walkable restaurants, breweries and retail amenities, bodes well for Topaz as it’s the only true Class A office building in San Pedro,” Shannon said in a statement.