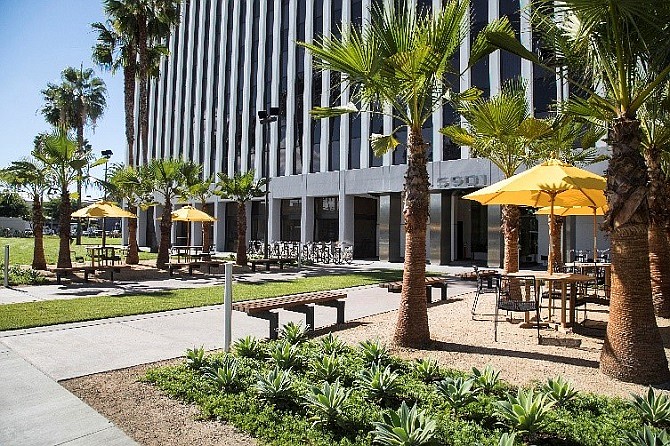 Newmark Knight Frank, which represented the seller, announced the deal Oct. 9. The buyer was self-represented.

NKF’s Kevin Shannon, Michael Moore, Ken White and Sean Fulp represented the seller in the transaction while NKF’s David Milestone and Brett Green secured a $39.71 million loan for the buyer.

The seller purchased the property in 2017 and put more than $8 million into upgrading the building with a renovated lobby and common areas, a clubhouse and a dog park.

“The seller completed more than 220,000 square feet of new leases, expansions and renewals during that short timeframe at rents up to and exceeding $3.00 FSG, which are historic highs and demonstrates amazing leasing velocity for this submarket,” Shannon said in a statement.

“The recent significant value creation, as well as the future lease-up of the remaining vacancy, resulted in this offering being very well received by the marketplace,” Shannon added.