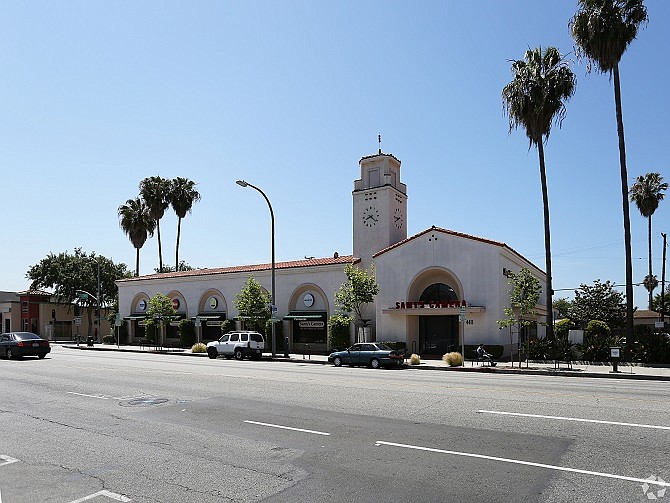 The iconic Samy’s Camera building in Culver City has sold for $8.2 million.

The property was built in 1989 by the owner of model train store Allied Model Trains. It is a replica of Union Station.

Tova will renovate the building into creative office space and add outdoor space. Samy’s Camera is still open in the space. It will leave the property before renovations begin.

“The property’s great bones afford us the opportunity to create a truly one-of-a-kind office space, one that includes high ceilings, plenty of natural light and an open floor plan,” Tova Chief Executive Ron Harari said in a statement.

Culver City has been a hot market for creative office space. During the second quarter the vacancy rate for the Westside city was 17.5%, down from 23.5% the previous year.

HBO has leased the 240,000-square-foot Ivy Station building as its corporate headquarters. The lease of the Lowe, AECOM-Canyon Partners and Rockwood Capital development was announced April 3.

Nearby, Amazon.com Inc. has leased the entire office portion of Hackman Capital Partners’ Culver Steps development and part of the Culver Studios.

“We have been seeing strong demand emerge from tenants seeking creative space in West Culver City because of its ease of access and close proximity to the coveted Westside neighborhoods,” Pickart said in a statement. “This property meets all those requirements, along with offering the opportunity for a company to establish a strong foothold in this very competitive market.”