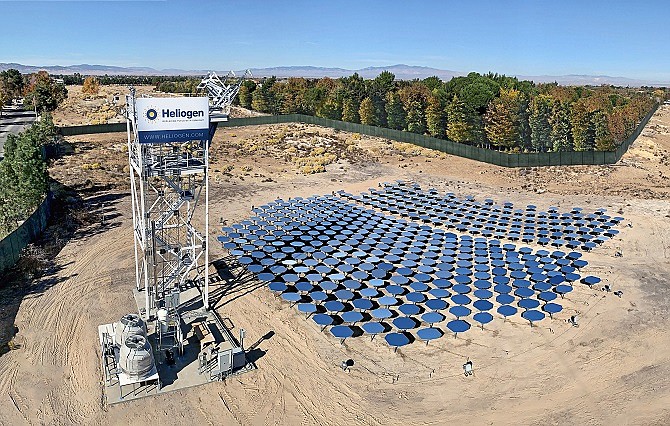 For decades, solar technology experts have sought to harness the sun to generate electricity.

But Pasadena-based serial entrepreneur Bill Gross is looking to change that with a new technology that swaps fossil fuels for solar energy to directly heat heavy industry units such as kilns, furnaces and forges.

Gross, founder of the IdeaLab tech startup incubator in Pasadena, last month launched one of his most ambitious efforts yet: Heliogen Inc., which uses solar thermal technology to produce heat intense enough to turn limestone into cement or to forge steel.

“For the first time, we can now heat chemical reactions directly using solar power instead of fossil fuels,” Gross said. “That opens up the huge trillion dollar-plus industrial market to the use of renewable energy.”

The technology is still in its infancy. Heliogen breached the 1,000-degree Celsius (1,800 degrees Fahrenheit) barrier for the first time last month at a test plant in Lancaster.

But the startup still has to prove it can sustain that temperature and go even higher if it wants to expand the types of industrial processes it can heat.

Gross declined to say how much has been invested to date in Heliogen; a company spokesman said that information was proprietary. The company did disclose it has roughly 25 employees at its Pasadena office.

In the two weeks following the launch announcement, Gross said the company had fielded more than 1,000 inquiries from companies interested in using the technology.

“There is undoubtedly plenty of appetite from industrial enterprises for decarbonizing their operations,” Molchanov said. “In contrast to electric utilities, which already have a wide range of low-carbon technologies to choose from, industrial players have not historically had this choice.”

The technology behind Heliogen grew out of Edisun Microgrids Inc., a venture launched nearly three years ago by Gross. That company developed a miniature tracking device that could be placed in solar photovoltaic panels, allowing the panels to directly align with the sun throughout the day.

The device increased the panels’ efficiency by about 30%. Gross said Edisun Microgrids is still operating, though he declined to give information on the number of customers or annual revenue.

“That technology evolved, and we were able to place trackers in mirror arrays to track the sun throughout the day,” Gross said. “That has greatly increased the efficiency of those mirrors and allows us to concentrate solar heat at much higher temperatures, roughly twice as hot as in previous solar thermal arrays.” 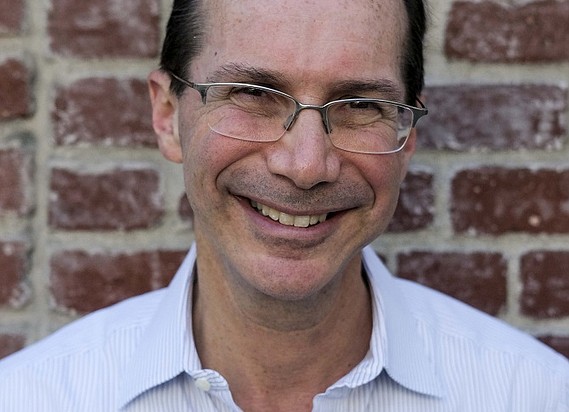 The mirrors focus solar energy on a central tower, ranging from 50 feet to 150 feet in height, that contains the substance to be heated.

Heliogen is partnering with Centreville, Va.-based Parsons Corp. to design and construct the array assemblies. (Parsons was headquartered in Pasadena until February and retains a sizeable workforce there.)

Until now, solar arrays that generate heat by concentrating sunlight have been focused on generating electricity because they can only heat a substance to about 600 degrees Celsius (1,100 degrees Fahrenheit).

The substance of choice has been salt, which turns molten and then can be used to heat water and turn that water into steam to power turbines and generate electricity. Santa Monica-based SolarReserve Inc. has been one of the main developers of this technology.

These types of projects have encountered difficulties recently as the plunging cost of solar photovoltaic panels has made solar thermal plants less cost-competitive.

SolarReserve this year scrapped scheduled projects in Australia and Nevada.

Heliogen, though, is not in the business of generating electricity, so it doesn’t face competition from photovoltaic panels. It heats other substances directly, allowing them to transform into usable products such as cement and steel.

But Heliogen faces challenges of its own. First is the acreage and sunny locales needed for the mirror arrays. The Lancaster test facility has about 400 mirrors spread over two acres; at least initially, arrays for future customers would have to be similar in size, which means industrial plants that would use this technology can’t be in dense urban or even suburban areas.

Then there’s the cost. Gross said each array and tower assembly will run between $10 million and $100 million, which means only highly capitalized companies can afford the technology.

Most likely, Gross said, companies will opt to lease the technology at a cost starting around $250,000 per month.

Gross said many major industrial plants spend more than $300,000 a month on fossil fuels to provide the intense heat they need for their manufacturing processes, so this technology could run about 20% cheaper.

But analyst Molchanov said the economics of Heliogen’s offering remain a question.

“Can this technology be viable in places that have moderate amounts of sunlight, such as New York or Germany?” Molchanov asked. “And at what natural gas price would Heliogen’s energy output be cost-competitive?”

The answers could come on a case-by-case basis, he said. That, over time, will determine whether Gross’ bold venture will pay off.