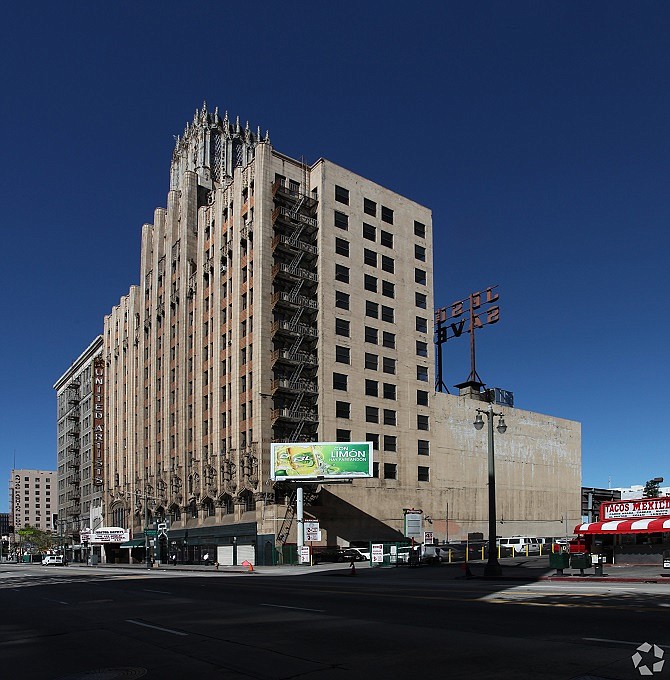 The Ace Hotel Downtown Los Angeles, which helped spur the area’s revival when it opened five years ago on Broadway, has sold for $117 million to an unnamed buyer.

The deal by Ace owner Parks Hotels & Resorts Inc. is turning heads, especially because the sale price amounts to $643,000 per room for the 182-room hotel.

“That says a lot about what people think of the future of downtown L.A. and how they expect the hotel market to perform in the next five to 10 years,” Reay added. “It’s interesting to see that kind of price in light of all the new rooms that are planned or under construction.”

Parks Hotels had only recently taken ownership of the property. In September, the group closed its acquisition of Chesapeake Lodging Trust for $2.5 billion, which gave Parks Hotels full ownership of the Ace and 17 other hotels, including the Hilton Checkers Los Angeles in downtown, the Hotel Indigo San Diego Gaslamp Quarter and a handful of properties in San Francisco.

“The more assets you buy, the lower the price per room you can get, and they are now looking at some of those assets and which deals they can turn for a very quick profit, and Ace fits into that category,” Reay said.

The Ace Hotel opened in 2014 at 929 S. Broadway. The property was originally built in 1927 to house the United Artists film studio. The tower was designed by Albert Walker and Percy Eisen and at various times was known as the California Petroleum Corp. Building and the Texaco Building.

The connected theater was designed by C. Howard Crane, who was responsible for more than 250 theaters in the United States. This was his only project on the West Coast, according to the Los Angeles Conservancy.

The theater was later used as a church by televangelist Gene Scott, who leased the property in 1989. He eventually purchased the building. After he died in 2005, his widow, Melissa Scott, held services in the church.

In 2011, Christian Center Inc. sold the building to Greenfield Partners for $11 million.

Chesapeake Lodging Trust purchased the property from Greenfield Partners for $103 million in 2015 after Greenfield redeveloped the property, which previously served as a theater and office space. In addition to the rooms and theater, the Ace Hotel also has a pool, restaurant and bars.

It has been a busy time for hotel sales in L.A. In the first half of the year, transactions rose 57% over the previous year. Dollar volume, though, was down 32%, according to Atlas Hospitality Group data.

Reay said the second half of the year was strong and that “2019 is turning out to be a banner year in terms of the number of transactions and the number of higher-end trophy assets.”

Other sales this year include the Courtyard by Marriott Los Angeles near LAX. Sunstone Hotel Investors Inc. sold a leasehold interest in the property for $50 million.