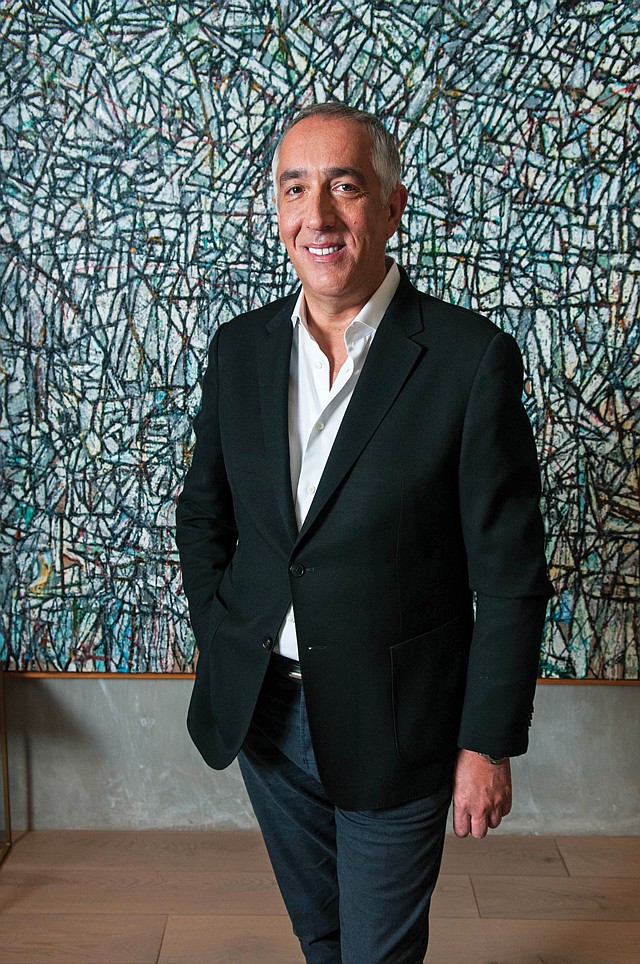 “I don’t like clutter,” announced Stephen Kotler upon entering the comfortable sitting rooms that make up the lobby of Douglas Elliman Real Estate’s Beverly Hills office.

Kotler, chief executive of brokerage, Western region, for New York-based Douglas Elliman, said during a recent visit from the Business Journal that he rejects clutter in part because of a personal taste for simplicity.

But for this New Jersey native, clutter angst is also a consequence of frequent moves during his career.

“Living in New York City and also living here, I have moved enough that you don’t want to keep moving these things from city to city,” said Kotler, who moved west in 2015.

Kotler, who leads Douglas Elliman’s business in California and Colorado, said his move also changed his work wardrobe. “I think I went from (Ermenegildo) Zegna suits and Ferragamo shoes to James Perse slacks and Common Projects kicks,” Kotler said, indicating the upscale black sneakers with white soles that added an air of casual relaxation to the day’s outfit.

Kotler has mostly done away with ties, and jackets are usually worn with jeans or slacks rather than as part of a suit. He has also developed a taste for beaded bracelets. “I don’t wear ties unless it’s absolutely necessary, and it really never is,” he said.

While he sees more suits when visiting New York, Kotler said they are usually worn with an open collar. A relaxed simplicity in dress mirrors a trend Kotler observes in the luxury real estate firm’s discerning clients — clean living.

Among Douglas Elliman’s current offerings with Coldwell Banker is a $24.5 million estate on Summitridge Drive in Beverly Hills that Kotler described as the first fully built-out Delos Living house in the L.A. area. New York-based wellness startup Delos Living sells inspections for WELL certifications, which are similar to LEED certifications for green buildings.

“It’s all about … circadian lighting, cleaner air,” Kotler said. “Everything in the house is programmed to help you live clean and healthy. This is something we are hearing more and more from the buyers.”

“Our business is selling luxury real estate, but to everyone, luxury is defined differently. So, I think the best way to describe our company is to say to buyers and sellers, we deliver their dreams,” Kotler said. “A lot of what we do is thinking about improving your health, your wellness, and your business all at the same time. It’s very important to us in California, but as a company as well.”

CORRECTION: An earlier version of this story misstated the year Stephen Kotler joined Douglas Elliman Real Estate. He joined the firm in 1991.