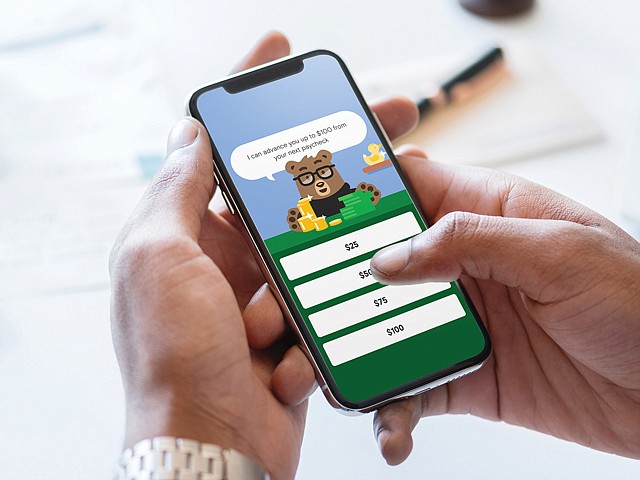 Ramping Up: Dave Banking has 1 million customers on its wait list.

While mainstream banks often seem inaccessible, and their fee-laden structures can be difficult for consumers to understand, Santa Monica-based financial technology startup Dave Inc. just wants to be your friend.

“We wanted to displace the friend-and-family relationships, to avoid going to friends to borrow money because of overdraft fees.” Wilk said. “We wanted Dave to be the friend in your pocket that could do all these things for you.”

The company initially offered a mobile application that tracks upcoming bills and predicts expenses to avoid overdrafts, and it provided cash advances up to $75 from upcoming paychecks.

In June, the company launched its banking business, called Dave Banking, which it created to provide checking accounts to users fed up with chartered banks.

In less than six months, Wilk said, Dave Banking has signed up 1 million customers on its wait list.

With $186 million in venture funding and debt — and backed by venture capital outfits including Playa Vista-based Chernin Group — Dave has ample resources to deliver on its mission.

Some of the funding helped Dave expand its staff to meet customer demand for its new banking product. The company, which now has roughly 80 employees, doubled its staff size in about six months, according to Wilk.

He added that Dave’s most recent raise, a $110 million funding round in June, gave the company a post-deal valuation at $1.2 billion.

Much of Dave’s funding remains in the coffers, Wilk noted, partly because the company hasn’t spent much on marketing. He said that a significant portion of the million-strong wait list for Dave Banking comes from people who were existing users of the app before the banking product was announced.

“We’re trying to build a good business, and (the funding) is for flexibility,” Wilk said. “We like having the cushion if we want to ramp up marketing and see a real opportunity.”

Overall, it’s a good time to be a company focused on financial tech. Robert Le, emerging technology analyst for industry tracker PitchBook Data Inc., said Venture investment in financial technology companies in North America and Europe has accelerated over the last decade, reaching $18 billion in 2018 and $19.9 billion so far this year.

“A lot of the fintech companies that have proved product market fit and gained market traction are now reaching the later stage, which means VC rounds will be much larger,” Le said.

Without the need to build, staff and operate bank charter branches, Dave can remain a lean operation. Instead of constructing its own banking infrastructure, Dave partnered with Memphis, Tenn.-based Evolve Bank & Trust.

“There’s a lot of regulatory complexities (and) the best thing for us to do is partner on the payment processing,” Wilk said.

Such an arrangement between a growing tech company and a smaller, established bank charter is becoming increasingly common in the financial tech sector, especially as tech startups realize they are ill-equipped for the regulations and challenges that come with flexible checking.

In most states, financial tech companies without a chartered partner are legally prohibited from taking deposits from customers.

San Francisco-based payment processing firm Square Inc., for example, operates a similar model and funnels its cash through a bank charter based in Cedar Falls, Iowa.

“Digital banks today in the U.S. who do not have a bank charter cannot legally utilize those deposits, so the current business models for those banks are to share the interchange fees with their partner banks,” Le explained.

“At scale, we are not sure if that is a viable business model. These new banks will eventually have to cross-sell new products or charge customers fees,” Le added, though he noted that charging fees is “against the ethos of many of these challenger banks.”

Wilk said that working exclusively with Evolve Bank & Trust meets the company’s needs for now, but he didn’t rule out the possibility Dave would eventually seek out partnerships with multiple smaller banks.

Chime offers flexible digital-oriented mobile banking, while Earnin’s model is similar to Dave’s, allowing users to take a cash advance of up to $400 on an upcoming paycheck to cover unexpected expenses.

“We seem to have had a lot of influence on Chime and Earnin,” Wilk said. “We’ve seen the products they come out with, and they resemble quite a few things Dave does.

Wilk said he doesn’t plan on replacing big banks. Instead, he wants to entice their customers to also open an account with Dave and use it to track expenses.

“We created product that we thought would be a steppingstone to a longstanding financial relationship with the customer,” Wilk said.