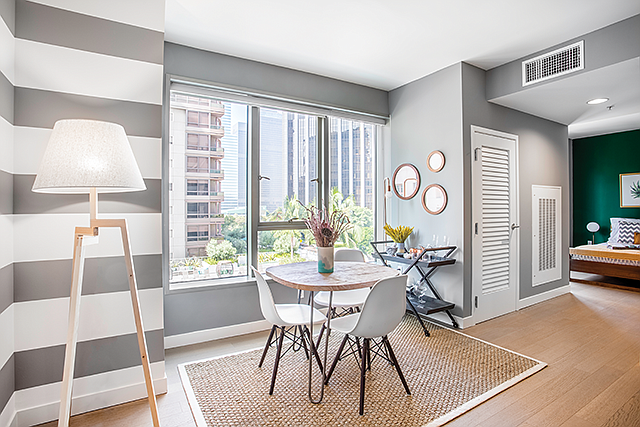 L.A.’s apartments are getting the WeWork treatment. New York-based Blueground Co. is renting a growing number of apartment units in popular neighborhoods, remodeling and furnishing them, then subleasing them on flexible terms to short-term tenants.

As of May 17, the company had 97 units in Los Angeles and was planning to add 20 to 25 a month this year. The company also said it’s staffing up locally.

Roughly 60% of Blueground users are corporate travelers. Tenants book stays for a minimum of one month, but some keep the subleases for much longer. Tin said on average, tenants stay six months in Blueground units.

The company advertises on its website, Airbnb and other short-term rental platforms.

Most of Blueground’s L.A. units are in downtown, Hollywood, West Hollywood, Marina del Rey and Venice, but Tin said the company is looking to expand in other parts of the city as well.